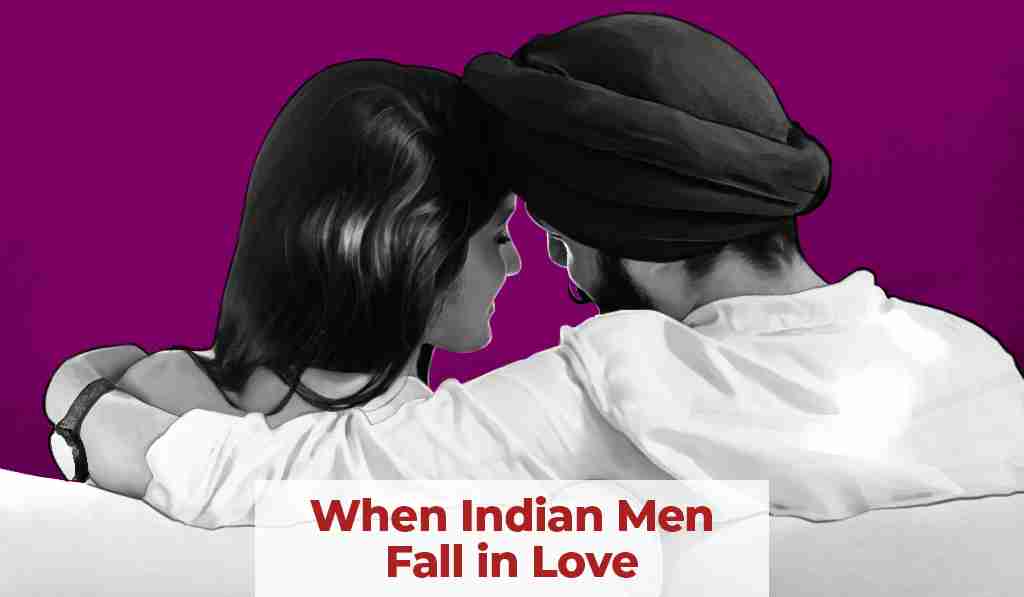 When Indian Men Fall in Love

So I'm gonna go over this because actually I found this video because an Indian client, a former Indian client - he is still Indian but the former client sent it to me because it's hilarious.

And I thought there is a lot of truth in this video and he did as well. So let's go over it.

You ever get that dark, sinking feeling that you're always going to be alone? That was me all day, every day. The pain of knowing that no one used the same productivity apps as me. The same habit trackers.

And then it happened. -Hello there.

I couldn't help but notice that you were actually using an application...

I want to say 'pray tell' sometime when I approach a woman, see how that works.

It's just a project management app.

Oh, productivity systems are the only reason I haven't killed myself.

I'm just kidding, that was a joke of course.

Nothing better than making a joke about killing yourself when you first approach a woman, right? –

Oh, it's just called 'Notion'. You might have heard of it.

Did you say 'Notion'?

This happens every time I take out an Indian client.

So you just started following this girl around?

Yeah, man, it was tight. I was just following her.

So it's kind of funny here, there's actually a bit of a... I wouldn't call it a truth, but the media very often portrays in many movies, in different romantic movies, they often portray this idea that when you like a girl, you should kind of just show up where she goes and you're following her around and watching her and showing up at her work.

And I don't advocate for any of that stuff. It's very awkward, very stalker-ish. Yeah. They kind of spin it into this romantic thing in a lot of movies. Obviously, it is a very bad idea.

She's also into like habit trackers, I think I could see her using one from a distance.

Dude, I know you don't get this because only hot people understand this, but when you're attractive, you can get away with stuff like that.

So maybe not 100% like this, but if you're attractive, it does actually kind of real. I guess you could say for a lot of things, you can get away with more for sure, if you're attractive. You could see this kind of thing happening, especially for attractive women all the time, all sorts of bad behaviors are overlooked.

Generally, that has a lot to do with your body language and the way you use your voice and the way you're looking at over her eyes. There's a whole bunch of other stuff there as well. But first impressions definitely are very important.

What are you talking about?

Like, you just stare at them. At first, they're uncomfortable, but then they'll realize you're sexy, it's fine.

This is hugely problematic.

Your mom, your mom's problematic.

Come on, give me something better.

That's what they are and they are inbuilt. And we follow your instincts instead of just thinking logically over head. Like, if I do A, then she'll do B and then C happens, right?

There's a bit of that, too, and in romantic encounters. But it's completely an emotional experience and this is something I see in my clients a lot because they're engineers, the guys in tech and other fields, big brain fields where they're very technical and very logical and they follow these very strict methodologies.

They can't see, they very often miss the emotional part, which is why they're not connecting with women. Because they're not doing the emotional stuff that turns women on and makes them attractive and interested in going on a date.

So, yeah, thinking from your dick and not from your head. Although in reality, it's a little bit of a combination of the two, because your head, your head up here will keep you out of trouble as well.

So you've got to moderate with a little head tells you to do, but you definitely want to follow your instincts in order to create emotions.

Bollywood music flow through you.

I don't want to do this.

Can you feel like a pelvic thrust coming on, like the desire to just move the shoulders over? Then, I see this happening, you feel experiencing that emotion. Goddammit, I just got a you know.

I don't want to do this.

Yeah, this music kind of makes you want to dance actually, I'm finding myself moving as soon as I hear the music and I don't listen to this kind of music regularly. But when I'm hearing it in these videos, I start to tap my feet and move around. It's very high energy.

So check out, this guy's channel, Captain Sinbad, he has a lot of hilarious videos and some good practical videos as well.

And if you're an Indian guy who needs help with dating or any guy, feel free to get in touch with me at [email protected] or go to my website, conquerandwin.com and feel free to reach out and ask any questions you may have.

Until Next Time, Conquer and Win.

When Indian Men Get Rejected »