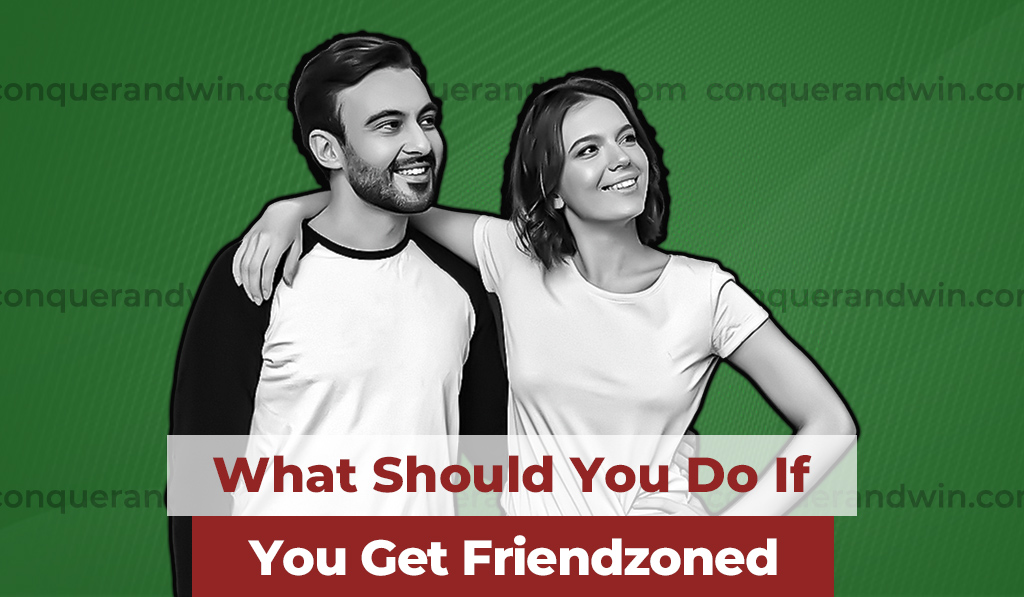 What Should You Do If You Get Friendzoned? (Don't Make This Mistake)

What should you do if you get friendzoned? The real key here is to figure out why you got there in the first place.

Because just like Smokey the Bear would say about forest fires, only you can prevent the friendzone.

And a lot more. Let's jump in.

What Should You Do If You Get Friendzoned

To figure that out, try some of the following:

Is this a pattern? Is this something that happens regularly with women who tell you you're a good friend? If so, some of your dating habits may be an issue.

Once you've figured out which dating habits are an issue, you're going to want to figure out the behavior which is going to fix that.

Very often, it's the opposite of that behavior which got you there.

Change your strategy with the girl who friendzoned you.

Whatever it was you were doing with a girl who just friendzoned you, change that up. Stop doing those things and act the opposite.

Doing exactly the opposite won't always help in every situation, but very often this is the case.

For example, if you're acting passive, you're going to want to start acting assertive, going after what you want and not sitting back.

Make sure you don't repeat the same mistakes you did with the last girl who got you in that situation, and try something different with the next girl you're trying to date.

Common Questions About What To Do If You Get Friendzoned

Here's some common questions about what to do if you get friendzoned:

Should I stay friends after getting friendzoned?

Usually the best course of action after getting friendzoned is not to stay friends.

they're willing to take the second prize or willing to be their friend.

But you have to be fully committed to your idea about dating this girl, or any girl you're attracted to, and not being friends.

Basically, you need to be willing to walk away. This will make you a lot more attractive and a lot less needy.

How do I change her mind about just being friends?

To change a girl's mind about not being friends is going to be very difficult but not impossible. And when we're talking about changing her mind, what we're really talking about is her feelings.

You have to affect her feelings, or rather, influence her feelings in a positive way so that she becomes attracted to you.

In order to do that, figure out what got you friendzoned in the first place, and then do the opposite.

For more info on the friendzone, check out this post.

Steps To Act Upon Getting Friendzoned (Summary)

To figure out the best course of action when getting friendzoned, you need to remember these points:

How To Get A Girl's Number (THIS WORKS) »