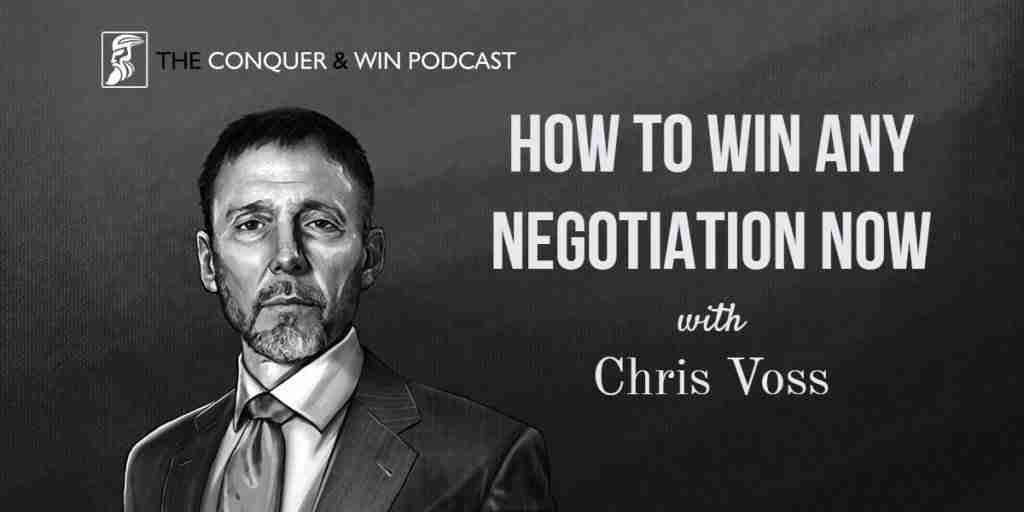 Do you want to learn the keys to effective negotiating from the worlds top FBI negotiator?

In this interview with Chris Voss, I learned the best ways to not only negotiate, but to connect with anyone and:

Not to mention, free hostages from dangerous terrorist.

Chris Voss is a former FBI negotiator and author of “Never Split The Difference: Negotiating As If Your Life Depended On It”, shares the most effective negotiation techniques on this interview.

When Chris joined the FBI he never intended to get into hostage negotiation. In fact, it wasn't until a recurring knee injury forced him to quit the SWAT team that he decided to look elsewhere for a less physically demanding specialty.

Little did he know that this decision would eventually lead to him to negotiating in some of the most high stakes situations imaginable.

His first lesson came early, when he was told that if he really wanted to be a hostage negotiator then he should volunteer at a suicide hotline.

The Importance of Emotional Intelligence

Suicide hotline – now that is a master class in emotional intelligence.

The importance of emotional intelligence in any negotiation can't be overstated. Chris knows it applies not only to his field of hostage negotiation, but also in business and personal relationships.

In personal relationships, in business relationships, emotional intelligence and tactical empathy saves time. Most people see it as “Let me give you a hug and we'll both cry together,” it's not that. It's insightful dialing in with someone else – I mean really, really connecting with people fast.

And for Chris, making that connection fast was key – especially as he was dealing with suicidal people.

That fast connection, building an understanding of the other person, and getting to the core of where someone is coming from is key to any form of negotiation. You have to see things from there perspective.

How Do You Negotiate Successfully?

Whether you're asking someone out on a date or getting a better deal on a service, the same skills apply.

Here are a some of the main tips:

Give the other side the illusion of control with deference. If you challenge them directly they'll dig their heels in, now their your enemy.

If you make them into a collaborator instead of an opponent with deference, you'll have a much easier time.

The secret to gaining the upper hand in a negotiation is to give the other side the illusion of control. Let's understand our leverage and be deferential – I love, love, love the power of deference. I can get away with almost anything if I am deferential to you. I can throw in a little passive aggression, a little bit of tactical empathy... he's scratching his head. And then I got you, we're going to make my deal.

Don't Directly Ask For What You Want

Asking someone directly for what you want is a big mistake that many people make.

Instead, Voss advocates mirroring, a technique he uses when he needs to get information from someone he's negotiating with.

He says that when negotiating from a position of confusion – that is, not having enough information to know what to say next – he would employ mirroring.

I did what was called a “mirror”. I said, “You've only got one van?” – repeating what he just said back, word for word, upward inflecting inquisitively.

What happens next, according to Voss, is that the man he was negotiating with starting offering up more information, which he mirrored each time.

If you mirror the other side they're going to come back with more information – and add to it.

Voss says that one of the most common mistakes that people make during negotiations is to try to get their own point across first.

A friend of mine who worked at the Department of State said “Yeah, I went to negotiation training and they said the first rule is to always make sure you get your point across to the other side.

According to Voss, this is not the best way to enter a negotiation. In fact, it is a much better strategy to allow the other person to speak first.

This allows you to gather more data on their priorities, while also allowing you to build a rapport. In fact, Voss says, they may even offer you what you want straight off the bat without knowing that they have just done.

Steps to a good negotiation

The overarching point from Chris Voss in this interview is that aggressive negotiation tactics are often inferior techniques that can be employed more passively.

These more passive-seeming techniques often allow you to retain more control over the situation.

So when entering into a negotiation of any kind try the following techniques:

Get "Never Split the Difference" below: 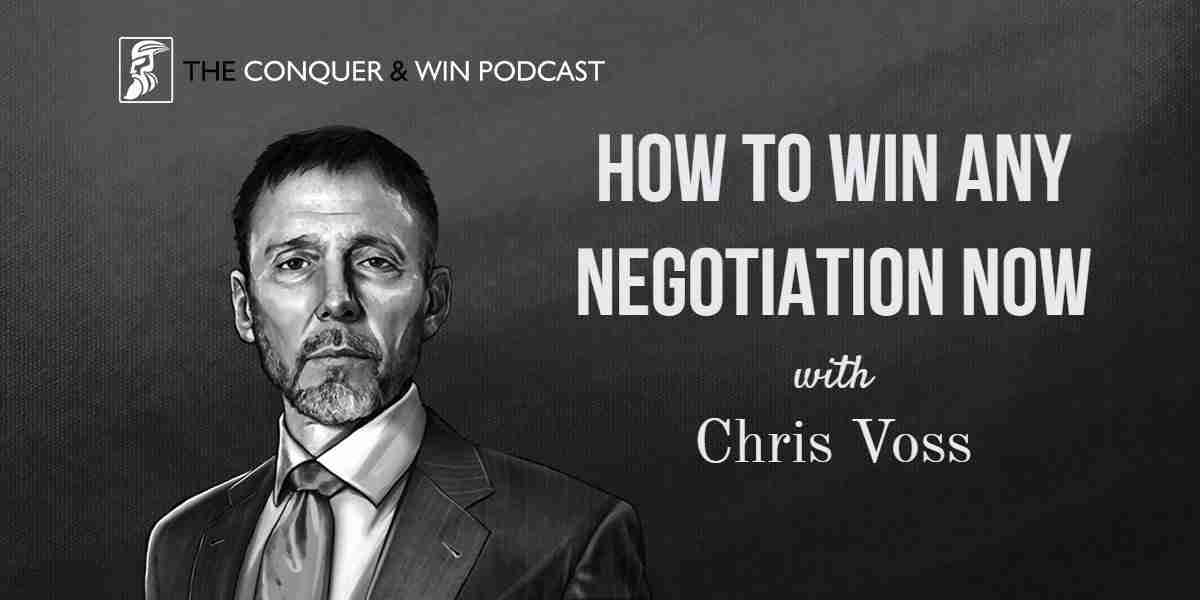