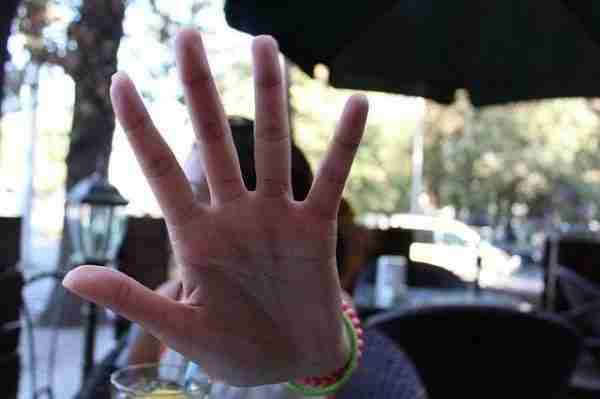 Pick Up Artists Harassing Women In Vancouver? The Wrong Way To Meet Women

OK, this isn't cool. There is a school of thought which I've seen from some dating coaches in Vancouver which makes everybody in this industry look very bad. It also leaves a lot of women with bad experiences from overly aggressive guys who don't know when to back off.

That school of thought is that you should persist and keep pushing an interaction till you burn your bridges, essentially making the women you approach either love you or hate you.

I'm OK with someone hating me but I'm not OK with pushing someone till they hate me. I agree with the principle "primum no nocere" first do no harm, and I apply this to my philosophy's and methods regarding how to meet and court women.

An article which has just appeared on Vancity Buzz, originally on Clubzone.com, illustrates exactly the wrong way to approach women.

A woman who was approached on the street gave this account of her experience:

“I made it very obvious to him that I didn’t want to talk,” Nicole says. “I backed away from him, I pulled my phone out, I gave him one word answers. And he just kept going on and on. It got to the point where I had to end the conversation.”

Despite Nicole’s reluctance, the man continued talking to her. And then things got weirder.

“I guess he kind of saw that I was uncomfortable, so he said that he’s part of a ‘social club,’ and that his instructor was nearby and told him to come talk to me,” she says.

What kind of “social club” was this man referring to? According to our sources, he was probably participating in a pick up artist bootcamp, and learning to approach, date, and ultimately sleep with women. Unfortunately for him, “no means no” was apparently not included in the curriculum.

“The whole interaction just left me feeling very unsettled,” Nicole says. “I felt like I was going to do something that I wanted to do on my own and wasn’t able to. I’ve been approached other times on the street, but this was different. There was a different persistence to it.”

It's not a virtue to persist when someone isn't interested in talking; move on and talk to someone else. Not everybody is going to be interested so don't act like they're obligated to be polite.

The fact that he mentioned he was training demonstrates that he was nervous and wanted some way to justify talking to her, and to excuse himself. That just makes everything more unnatural and awkward.

Even worse than that, she continues:

The next day, Nicole went shopping in the same area again, this time with a friend. Walking down the street, she suddenly spotted the same “instructor” she had seen the day before; a young, nicely-dressed Asian guy, accompanied by two new students. Nicole assumed he’d recognize her from the other day and steer clear, but instead he sent one of his presumed students to talk to her. What Nicole describes next is downright disturbing:

“He kept trying to talk, and he got close to me and my friend. I asked him to please just leave us alone, but he wouldn’t go away. He started getting really aggressive and got up in our faces, as if he were trying to start a bar fight with a man.

He raised his voice and shouted ‘What, do you own this street corner?!’ I repeatedly asked him to please leave us alone, please go away, but he wouldn’t. He even threatened to follow us, shouting ‘maybe I need to go that way, maybe I’ll follow you that way.’ He just wasn’t backing down.It was very obvious that in his teachings, he was taught not to take no for an answer. I’ve changed my route home, I don’t want to walk around in my own neighborhood anymore.”

This is the worst possible way to handle an approach which has gone wrong. She's not interested and wants you to go, so go.

This sort of behavior has a chilling effect on women because it creates the fear of having to deal with aggressive, oversized crybabies who are emotionally underdeveloped.

It takes emotional maturity to handle rejection and bounce back unphased, it's part of becoming a stronger man. A crucial gap with most guys who are trying to learn how to meet women is that they are not doing any inner work on themselves beyond talking to women. They just go through the technical steps (badly) involved in meeting women and completely neglect any sort of character building necessary to build a complete man.

The Problem With Pickup Artist language

The author of this article mentioned "pick up artist" bootcamps, so I think the topic of PUA language should be addressed. One of the issues with most coaches is the frame of mind they set with their language, especially for a lot of guys who don't have any experience with women.

The language of 'pick up' is problematic because it always has a negative connotation towards women. You can meet women or you can pick them up, which are both almost the same in terms of physical actions (Starting a conversation, getting a phone number, going on a date) but are very different in terms of mindset.

If you say either term to yourself you will instinctively get a feeling from it which affects your point of view on the topic.

Our words matter because we think in terms of the language we use. Making love and fucking may be the same thing in a purely physical sense but we don't use both terms equally when describing the same act. Our words influence our perspective, our perspective in turn shapes our worldview, and our worldview affects our actions.

To start changing your world start by changing your language. It's a simple way to start making a difference in your life. The way you look at things will mold the kind of person you are and the types of actions you take.

Talking and thinking like a pickup artist will always make women part of a game which makes dating and relationships an us Vs. them affair, instead of a cooperative win/win for everybody.

The Right Way To Approach Women

This is a brief outline which doesn't cover every possible scenario but it will give you a rule of thumb to work with. There is a lot more to cover but without writing a novel these basic guidelines are a start.

Always give more than your arms length when walking up to someone you want to talk to. This will allow her to feel comfortable because you're not invading her space.

It's best to approach from an angle where she can see you before you say anything so that you don't surprise her.

It's best to get to the point and let her know why you're talking to her if you're approaching on the street. In other environments like a cafe it's easier to start a more casual conversation.

Pay attention to what her body language is saying; is she turned away, looking at her phone or moving away? Then let her walk away or you can walk away instead. In the case of the story above, this guy was told directly they weren't interested. If someone is direct about their disinterest then just excuse yourself without any attitude and wish her a good day.

So she doesn't like you, or maybe she's even downright rude, so what? Nobody has an obligation to like any of us or listen to anything we have to say. When you show up in someones life don't try and make their life miserable because they didn't act the way you thought they should've acted. Chalk it up to another experience and let her be in peace.

7) Too Much Persistence Isn't Sexy

When somebody isn't interested it's not cool to keep pushing. There is a pickup artist philosophy held by some guys that if you keep pushing, eventually you will 'break her'. This isn't a good game to play with women; treating other people with respect, whether male or female, is one of the cornerstones of a civilized society. It doesn't become OK to persist beyond reason for your own personal gains. When meeting someone new keep their feelings in mind and "First do no harm."

8) Being A Gentleman Still Counts

There's no reason to be impolite at any point. Trying to be a badass or acting like an emotionally stunted man won't win you any points. Many women still appreciate a gentleman.

There are people who want to call any interaction with strangers "harassment" but like it or not we are a social species; meeting and talking to people is part of our daily lives.

I met my own girlfriend because I had the gall to go talk to her as she passed by on the street, but the difference between my approach and the guys in the article is night and day.

The now debunked "Cat Calling" video even counted simple hello's as being harassment, sending the message that people shouldn't talk to each other at all in public.

Most people can handle a friendly hello, and a lot of women are open to meeting men in public, so killing all social interactions is not the solution. That kind of philosophy is only going to succeed in creating a more closed, unhappy and unfriendly society where people fear talking to one another.

The real trick is in how we engage someone in public which will make the difference between a woman feeling threatened or flattered.

As the Clubzone article mentioned, these guys need to learn confidence and social skills but they're going about it the wrong way, and their coach is not teaching respect.

There isn't anything wrong with trying to learn how to meet women, just be prepared to accept a no when you get it, and never unload your baggage on someone else for not reacting the way you want.

Romantic or Needy? The Real Reason Guys Get Tunnel Vision With Women »