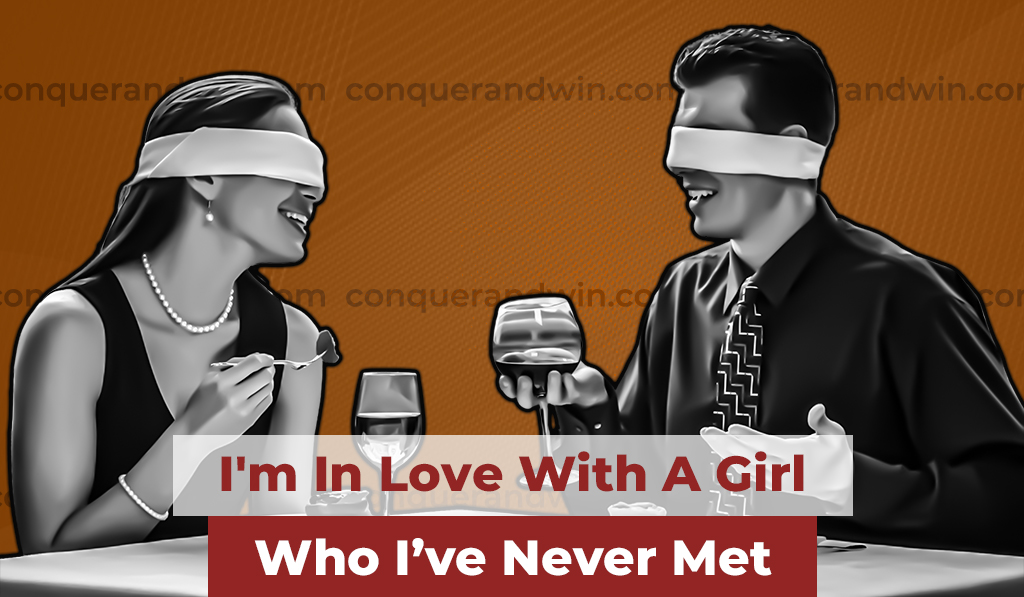 So, I got a letter from a guy who says he's in love with a girl. That's great, but the problem is that he's never actually met her.

Obviously, there's a major problem with this idea that he loves her when he's never even talked to her. Let's go into the letter.

Quick note: I've changed some major details and his name, so there's no way to tie him to his letter for privacy reasons. But the gist of it is the same.

"Hello Mr. Baller! My name is John and I need your help. I'm in love with this girl and I know she's the one I'm supposed to marry, but I have no clue how to talk to her at all.

I see her occasionally in a hallway at my university. She even thanked me for returning her bag one time when she forgot it on the stairs.

Does she like me? I don't know her name. I just know she's the one".

I'll go into a few of my ideas about why this is wrong.

He's asking if a girl that he's never met formally likes him. Can you really like someone you haven't met?

I mean you can, you can see media personalities and you can like what they're presenting, but you don't know them personally.

If you met them in person, it might be a completely different story. Their media personality may be really different from their "in person" personality, or your chemistry may not work.

Yes, we can like a personality or an idea of a person, but we can't really like someone on a one to one basis without knowing them.

Worst yet, he says he's in love. This is a classic case of infatuation.

Is It Love Or Is It Infatuation?

You can't love someone that you've never met. It's basically a fantasy. Let's be clear, this is 100% about her looks.

We can obviously be attracted to someone we don't know, but we can't really love them.

That idea is weird to me, the idea that you're going to love someone that you've never even talked to.

When you start getting serious with somebody, it's because you started to get to know them.

You can fall in love with the wrong people, but usually you're going to learn about their true character by being with them.

You don't know if somebody's character is truly what it seems until you get to know them. And you go through some times with them, especially tough ones.

Those are usually the best ways to figure out if somebody is a really good match for you.

This happens frequently, so we can all get surprises like that.

I've had surprises like that in the past, with fair weather friends who disappear when there's actually a challenge in the way.

This idea about loving a stranger that you've never even talked to is really a dead end street.

The vast majority of time, nothing's going to happen. He hasn't even talked to her. He doesn't know how to talk to her.

He's just building up this idea in his head about who she is, thinking he loves her and he wants to marry her.

He wants to make the ultimate commitment with somebody you've never even met. Personally, I think that's crazy talk. I'm not saying he's crazy, but this idea is crazy. It's just not a healthy idea.

You need to get to know people and also have options. I don't think he has any dating options.

He's just infatuated with this one girl he sees at his university. When you truly have options, you get to choose who you are with.

If there's one option, it's not really an option and it's not a choice. You could have a choice to ignore that option.

This guy's infatuated but you know what, in extreme cases, when somebody's really infatuated with somebody they don't know, that's when stalkers are born.  It's a personality type.

Somebody builds up a fantasy in their head about someone they say they love, they think they love, and they get obsessed.

This kind of stuff can develop out of these ideas when you love somebody.

When something is so intense like that, even the idea that you want to marry her, it's not healthy in any way.

If you're a guy who thinks you love someone that you've never met or you hardly know, or even a personality you see on social media, it's time to take a step back and reanalyze your life.

Do you have dating options? Can you make a clear headed choice?

It's kind of like shopping. When you're hungry, you're usually going to make bad decisions.

Those chocolate bars are an easy buy. They're cheap, quick and they satisfy your hunger, but they're not going to be satisfying in the long run. They may be bad for you.

That's the way I look at dating options. If you have one dating option and you're really hungry, you're not going to make the best choices.

If you don't have those dating options, it's time to create abundance in your life and get more dates than ever before.

If you want a long term relationship, a girlfriend or wife or anything like that, you need to have options to make a good choice.

If you want to learn how to create that abundance in your life, check out this post on how to approach women.

That's going to give you some ideas on how you can start meeting more women as a first step here.

Alternatively, if you want personal one on one help, also check out this post for coaching options.