The definitive guide to talking to women and not weirding them out.

Have you ever really wanted to talk to a girl but you were worried about being “creepy?’ Maybe she was walking down the street, or standing in line at the coffee shop, but you stood there just staring at her. You probably felt like you couldn’t come up with something “not weird” to say, right?

If so, keep reading. I’m going to break down the reasons guys feel creepy, and how you can start feeling like a boss instead.

Because this question is part of the problem. It’s a projection of how a guy feels about himself. It also becomes a self-fulfilling prophecy. The reason is that if you’re focusing on not being “creepy,” then you can’t be confident.

This Redditor got it right:

Nailed it, especially in the last line. Worrying about being creepy is going to mess with your own head. That in itself will lead to all sorts of weird behavior. You can’t have a great conversation if you’re thinking negatively about yourself.

Another part of the equation is that you’re never going to be able to please everyone. No matter what you do some women will find it creepy. If she likes you it will be harder to creep her out.

This is important to understand so you can learn what triggers it.

Causing an unpleasant feeling or fear or unease.

It’s that simple. Nothing mystical or vague, just discomfort.

The easiest way to make her feel “unpleasant,” “fearful” or “uneasy” is by altering your behavior trying to be normal or cool. This will make you look fake. Being fake will make her think you’re hiding something. That tells her that you’re not to be trusted.

This will make anyone uneasy. No one wants to turn their back on someone who may have ulterior motives.

By worrying about it you’re going to make her uncomfortable because she’s reading your discomfort. This is also called “being awkward.” By being comfortable you won’t come across as awkward or fake.

Don’t worry though, I’m not going to tell you to “be yourself.” Some practical advice is coming up.

First, some behaviors which will make you look creepy and what to do instead.

3. The Fear of Being Creepy Is Insecurity

I’ve never worried about weirding women out because I’ve always felt secure about myself. I know I bring value to the table when I talk to them. I also know that my social skills are solid and I can communicate my intentions clearly. Even when I started to learn how to approach women the thought just never came up. Even though I was very nervous it was the last thing on my mind.

The fear of being a creep is insecurity. It’s expressed as concern for her feelings but that concern is misplaced. It’s really about you. A confident man with social skills has nothing to worry about.

That insecurity takes attention away from where it should be, the woman you want to talk to. That will put you in a bad headspace and you won’t open a conversation with her. Even if you manage to get into a conversation with her it’s going to be awkward because you’re not paying attention to what she’s saying. You’re thinking about yourself and wondering what she thinks about you.

If you can’t redirect your attention she’s not going to think anything good. It’s not possible to have a good conversation while focusing on yourself.

It’s the same as riding a motorcycle. When going around a corner or turn you have to look at the direction you’re going, not straight ahead. If you look straight ahead, something called “target fixation” can happen. That could be a disaster.

Motorcyclists who experience target fixation are in danger of crashing. The reason is that the bike will go in the direction you’re looking at. It’s exactly the same as when you’re focused on “not being creepy.” Ironically, you’ll act creepy because it’s where you’re putting your attention.

Here are two big ways you can change your focus:

How to Change Your Focus

Instead of focusing on yourself, focus on the girl you’re talking to (or want to talk to). This will get you out of the headspace where everything is about you. Then you’ll be learning about her and who she is. What makes her tick, her interests, and whether or not you’re even interested in her in the first place.

She may not be that great so don’t build her up in your head before getting to know her. Looks are deceiving and superficial. Yes, they’re still important but they say nothing about a woman as a person.

Learn conversational skills through practice and especially by becoming a good listener. This way you can repeat back to her what she said in your own words. This lets her know you were listening and that you understand what she’s saying. It also allows you to build on the conversation. I wrote about how to keep a conversation going here.

To do that, get confident.

Train yourself by talking to women, and by taking skills training, you’ll start building experience. Experience will develop competence, and competence will build confidence.

Since you want to meet women, that’s going to be number one. Secondary is anything that will train your social skills and ability to handle social pressure, like public speaking.

By facing your fears they will diminish. In psychology this is known as exposure therapy. Through repeated exposures to awkwardness, you’ll soon become comfortable. In the dating world this translates into you not being creepy.

This is the biggest anti-creep pill you could take. Worrying about making women uncomfortable is mostly fear about not being good enough. Could you imagine ‘The Rock,” who was just named “Sexiest Man of the Year,” talking to women and getting rejected for being creepy? I couldn’t.

Confidence-building is a long term project, so commit to the big picture. However, there are a few things you can do to get a burst of courage when you need it.

4. How to Calm Nervousness and Get a Burst of Courage

Nervousness can make a fool out of anyone. That’s why it’s important to have emotional control and relieve anxiety when you need to perform.

Here’s what to do when you need the balls to perform:

Check out Wikipedia’s post for more about calming yourself during an anxiety attack. There are some good breathing exercises in there plus a few more on how to take control of your nerves.

Another way to come across as creepy is by being unable to read others. Pay attention to body language. If she’s moving away don’t move closer. If she leans away, she’s not comfortable. When you learn to read the signs it’s easier to make women comfortable and create a connection. They’ll feel at ease when you introduce yourself.

Body language can be confusing so mostly pay attention to proximity. Discomfort isn’t necessarily bad though. She may be intimidated, the same way we get intimidated by hot women. Just proceed accordingly and let her warm up to you (or walk away).

If you replace your fears with confidence you’ll never have to worry about being “creepy” when you approach women again. 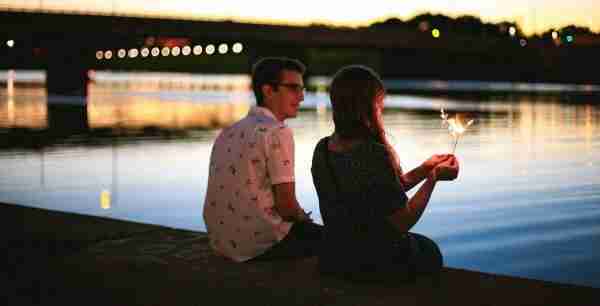