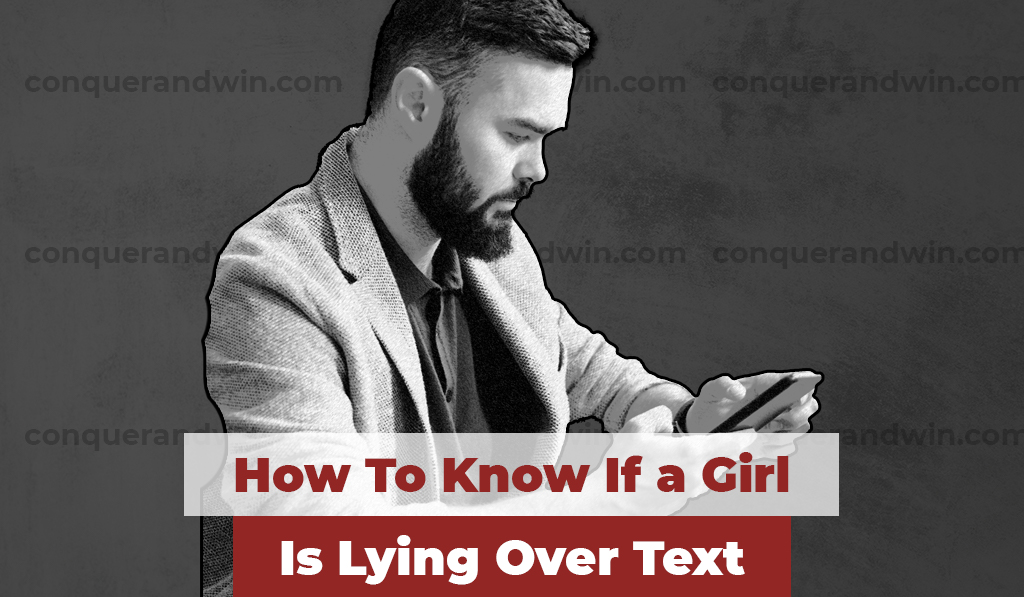 How To Know If A Girl Is Lying Over Text

If you think the girl you're dating is hiding something, then it's important to learn how to know if a girl is lying over text.

How To Know A Girl Is Lying Over Text

There are a number of red flags to look out for and guys often ignore them because of desperation or neediness.

I say ignore them because the signs are often pretty obvious. Let's go over them:

If she tells you a story about herself or her friends or anyone that changes all the time, then it's very unlikely that she's being truthful.

If she makes excuses for flaking on you all the time, then she's probably not a girl you can really trust.

She probably is not really that interested in you either if she's flaking all the time.

She could be making excuses for other kinds of behavior too, ones that you shouldn't be tolerating. So, keep an eye out if a girl is always making up stories to back herself up.

#3. She Changes Her Plans Often

You have a Friday night plans, and you're just getting ready to meet her, but you get that text message.

You know it's going to happen because it's happened before, "something came up", something important. And that important thing isn't you.

#4. She Won't Introduce You To Her Friends

If you've been dating for a while (especially a number of months), and she finds ways to avoid introducing you to her friends or she refuses, it's likely that she's not very serious about the relationship.

Or not very serious about you. Maybe you're her side piece. You never know.

That's not necessarily a bad thing, unless you have some more serious plans with her and you're being misled.

Opinions do change, but people usually don't change their core beliefs on a regular basis.

This is especially true if you ever get into an argument with her and you find her changing her "beliefs" in order to win the argument.

#6. She'll Do Anything To Win An Argument

If she's willing to make "concessions" on her own beliefs, then it's very unlikely she actually has any strong beliefs.

She's just doing whatever she can to win the argument she's in with you at that moment.

These are the signs and behaviors you should always look out for:

How To Make A Girl Chase You Over Text »