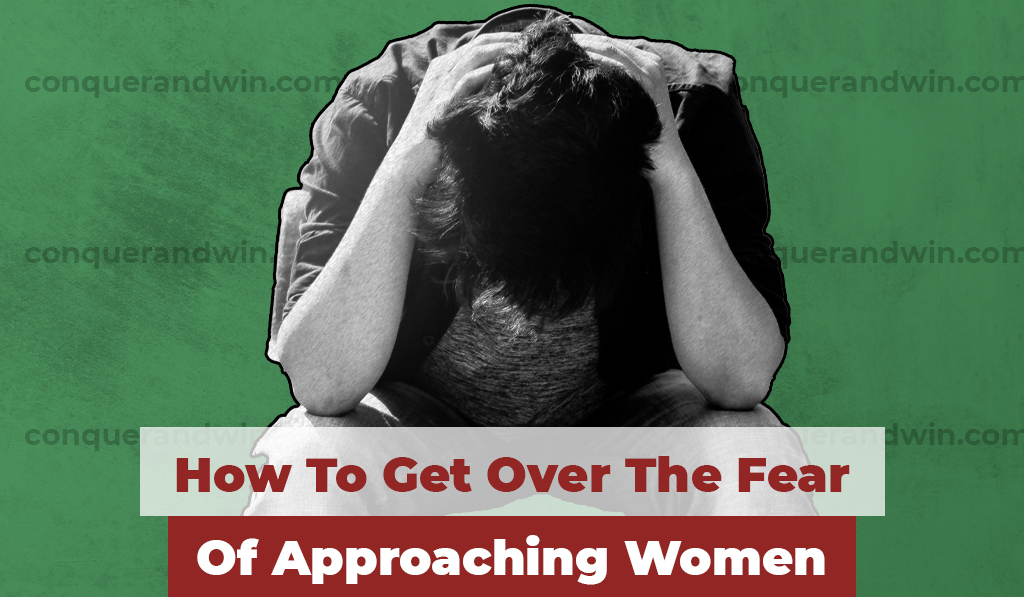 How to Get Over the Fear of Approaching Women (Instant Confidence)

Want to learn how to get over the fear of approaching women?

This is a common fear for guys interested in learning how to get off of online dating and apps. They want to meet women and talk to them naturally but feel nervous about doing so. This fear is also known as approach anxiety.

In this article, I'm going to show you:

#1. We condition ourselves by the things we do and don't do every single day

If you're used to seeing attractive women and not approaching them, you condition yourself to not talk to them.

#2. We've been intimidated by the media and by feminists who call everything harassment

Many guys are scared to talk to women because they think it'll be seen as harassment.

#3. Evolution is not on our side

I'm not an expert in this field, so I won’t talk about it too much. But the idea makes sense that we as a species evolved in small communities, and if you made a wrong move with somebody, there's a chance of being excommunicated or worse.

And that’s why we’re afraid to approach women.

How to Get Over the Fear

When you get anxious about talking to a woman, if you focus on your breath instead, it will take some attention away from what's giving you anxiety. It's also going to calm down your nervous system and make it easier to go talk to her.

The longer you think about approaching, the harder it's going to get and the less likely you're actually going to approach her.

There’s also the fact that she'll probably walk away and go do something else, and you'll miss your opportunity.

#3. Focus on opening and nothing else

Focus on your opener. Don't focus on how the conversation will go, or asking her out, or getting her number.

None of that matters if you can't talk to her.

So, focus on starting the conversation; it'll make everything else much easier.

This takes some time and effort to condition yourself into approaching women. But after you start building the habit—after you start doing it regularly—it'll be easier because now, you're replacing all your previous conditioning.

This is the conditioning you created by never approaching, and it’ll take some time to get over.

But as long as you start doing it daily—you start talking to not just women, but anybody you come across—it'll make it much easier to get into the habit of approaching women everyday.

The first one is this: Women like bold men.

If you show assertiveness—if you're ballsy enough to go walk up to her and start a conversation—that's automatically going to be an attraction point.

This is the kind of thing women like. They like the fact that the guy takes a chance and goes and talks to her.

And remember: She's not going to approach you. So, it's up to you.

The next one is this: You can't fail if you stick to it.

You have to make many approaches, and go through some rejections, to make this work and learn how to get good at it.

You won’t be confident 100% when you start out, but over time you'll get more and more confident.

You'll learn how to do it properly, you'll learn better communication skills, and you’ll start getting better, which will result in more dates.

The next one is this: You can't win if you don't play.

So, you need to get out there and talk to women to have any chance at all.

And the next one is this: Seek failure.

You will actually get better by seeking more failure. You're won’t get good at approaching women if you don't fail. So seek failure.

It's easier than seeking success. What’s more, success will be on the other side of failure.

To wrap things up, here are the reasons why we’re afraid of approaching women:

And to get over the fear, you need to do four things now:

And lastly, the right mindset for approaching women goes thus:

If you want to learn the mechanics of approaching women, check out my Ultimate Guide here.

How to Approach Japanese Women (5 Tips That Never Fail) »