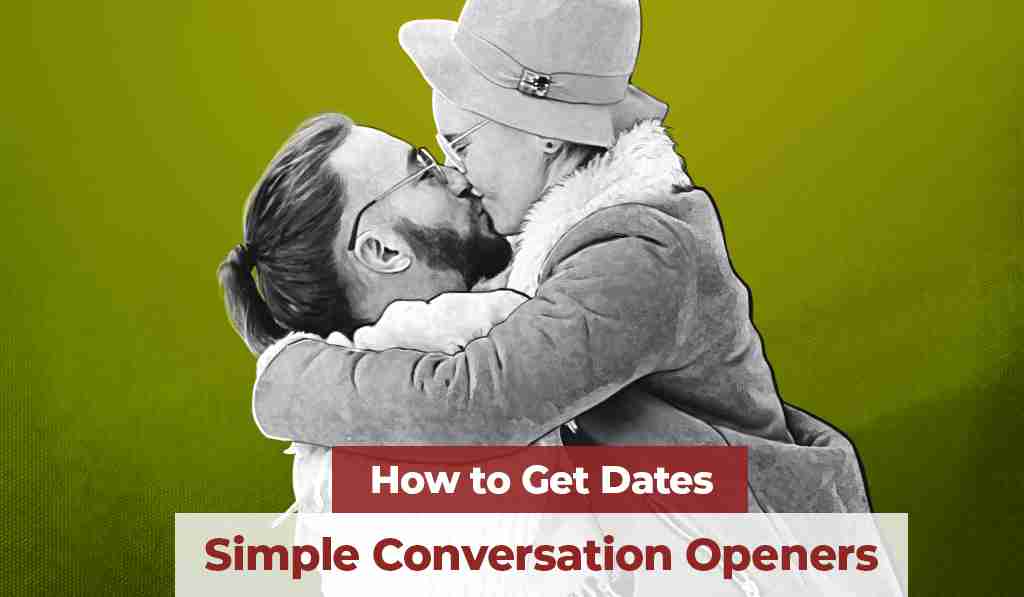 'How to get dates? Simple Conversation Openers

Do you want to get dates in a virtually rejection-free scenario?

This is one of the simplest ways to meet women and get dates. And it avoids attracting unwanted attention.

I call this conversation starter an "Observational Opener".

This is an easy approach that's less scary than approaching women directly (i.e. giving her a compliment). It will make you more versatile than the guy who can only go direct, too.

There's a lot of situations where you don't want to be direct. It can be awkward or inappropriate when used improperly.

How to Get Dates and Avoid Rejection

You can avoid rejection by filtering out uninterested girls.

When you use observational openers you'll get a quick response.

She either going to be:

2. Uninterested: If so, her response will be quick and more flat toned

The best thing is if she isn't interested there's no "rejection". You can continue shopping and so can she.

You can gauge her interest by paying attention to how she reacts.

Most of the time when this works it's effortless.  The women will do most of the talking after you make a comment.

And so what’s an observation opener? It goes like this:

1. You see something in your environment. This can be an object, "mood", behavior, environmental factors, or something which stands out.

a) You're in a grocery store and see a woman. She's looking at the soup and studying the cans.

b) She's reading the ingredients and trying to make a choice.

c) You can "observe" and make a comment: "There's too many options, it's hard to make a choice!"

She can relate to your comment because she's in that situation right now.

You don't need something interesting to say to start a conversation.

That's one of the biggest mistakes guys make.

If you're trying to think of something "interesting" to say, you'll:

a) Miss your opportunity (She's going to be gone in seconds)

Instead, say the first thing that pops into your head.

That doesn't mean you'll strike gold and say something she reacts well to. But it takes practice doing this to get good at it.

Over time your observations will get better.

That's the first part of getting a date with this opener. The second part is a little more tricky.

Have "Intent" Behind Your Words to Get More Dates

Have to have some intent behind what you're saying. It's not what you say, it's how you say it.

You don't want to give off a "friend" vibe. If you have a lot of female "friends" (girls you're interested in who won't date you) then you're already doing it.

To avoid the friend-vibe allow yourself to feel your attraction for her.

Many guys who get friend-zoned suppress their sexual feelings. They try to be 'friendly' or 'nice', instead of being sexual.

This is pushing women away.

Your voice, your body language will adjust if you allow yourself to feel something sexual for her. Don't be the "nice guy".

This isn't about being overt and winking at her, or something like that. The dating signals will be subtle but powerful. But only if you stop suppressing your true feelings.

Nervousness can also suppress your sexual feelings. Instead of looking at her and feeling that, "I WANT her" emotion, you'll be feeling, "I hope she doesn't think I'm creepy" etc.

With time you'll get confident enough so that won't be a problem anymore. But start looking at the women you want to date through the lens of desire, and not appeasement.

Don't expect too much each time you use this opener.

Instead, make a habit out of starting conversations with people this way. Including hot women. And overtime you'll get tons of opportunities which turn into dates.

You have to get in the game to win. Most guys who don't get dates don't talk to many women.

By doing this you'll increase the number of conversations you have. Those conversations are your key to more dates and confidence.

You'll always get a reply to your comments, but that's where most of them will end. That's ok, never try to force a conversation. Be social and casual.

And keep your eyes and ears open for women who are open to chatting more.

Then go to the next step.

How to have a Conversation Which Turns Into a Date

Lead the conversation in a direction which becomes something about her.

If you ask her out after a conversation about steak, it's going to sound out of place. You were talking about how to pick a good cut of meat, now you're asking her on a date...

To make a connection, talk about her. People like talking about themselves. And when they do, YOU become the most interesting person in the world.

It's counterintuitive but talking about yourself will do the opposite. She's more interested in herself until she becomes interested in you.

And that connection is made if you get her to open up and share with you, about herself.

To get there, keep your ears open for any comments she makes about herself or what she's doing.

Something like, "I'm getting steak because my family is visiting from out of town."

Now you know her family is from out of town. Since she told you, now you can ask, "Where are they from?"

That can lead into, "Is that where you came from too?" Now you're talking about her and can learn what brought her to your city.

Listen for ANYTHING she tells you about what she's doing or what she likes, Then follow up by asking about it.

She may not make it that easy for you though.

If not, sometimes you can be direct and ask a question.

"Getting some steaks for a get together?"

This question is still relevant because you're already chatting about steaks. This can lead into a more personal conversation, if you pay attention.

How to Ask Her on a Date

The final step is asking her out.

Don't walk away after making that effort because you'll never know what could have been. Just ask her out.

Be assertive and make a statement instead of asking her out.

Also read: How to Handle Rejection From Women

Let's have a coffee sometime.

We should have a coffee sometime.

In both cases you're expressing what you want, not asking if she wants to have a coffee.

It's not magic and it won't make her want to have a date. But assertiveness and confidence attract women, so stay consistent.

Ask her out confidently.

If she says no, no big deal. You just had a conversation. You asked somebody out, made the effort, and got some experience. You win.

Next time could be a new date for you.

Steps to Getting a Date in Public

I'm going to summarize exact steps so you have something easy to follow.

1. You see someone studying a product

2. Get close enough to say something, but not in her personal space

3. Face the shelves she's looking at. DO NOT turn your body towards her. Remember, this is a casual opener, not a direct approach. Your shopping, she's shopping. Turning towards her will show too much interest. BUT do turn your head.

4. Make a comment based on what she's doing, or something relevant in the environment.

7. Watch her reaction. If positive, continue. If she's "all business" then just keep shopping.

8. Listen for anything she says about herself.

9. Ask a question about that

I used a grocery store scenario, but this applies to getting dates anywhere in public. Coffee shops, retail stores, or anywhere else you can think of.

How Often Should You See a Girl You Just Started Dating? »