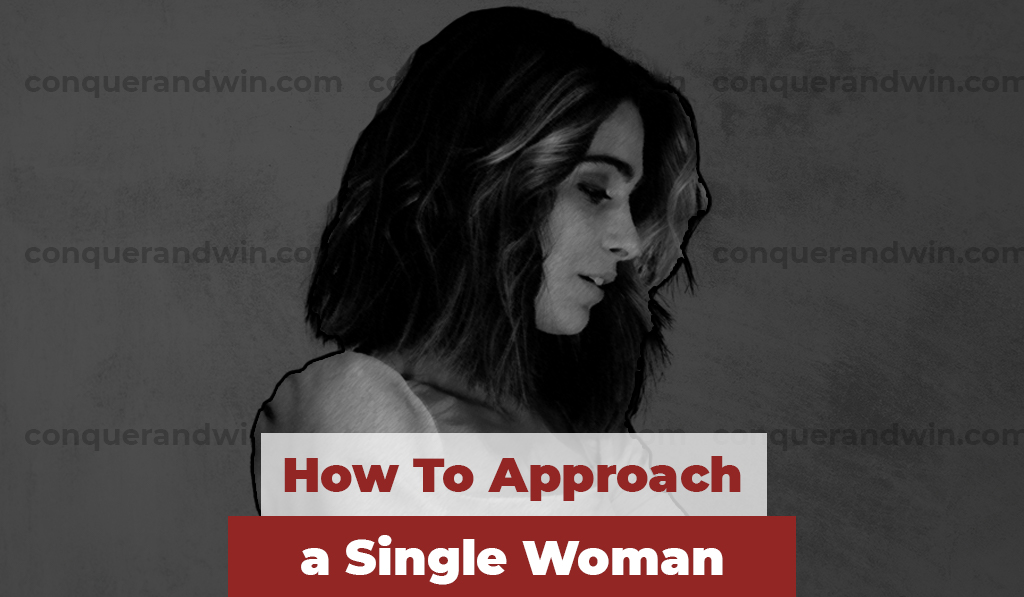 How to Approach Single Woman (The Best 6-Step Guide)

Want to learn how to approach a single woman? There are single women everywhere. Most guys don't have the balls to approach them or start a conversation.

But if you're the guy who does have the balls to approach them and start a conversation, you're going to stand out among a sea of cowardly men.

In this article, you’ll learn:

How Do You Approach a Single Woman?

You can do this in a number of ways, but we're just going to focus on one kind of approach, and that is the direct approach.

#1. Make sure she doesn't have a ring on her finger

Obviously, if she doesn't have a ring on her finger, it doesn't mean she's single. But that will help you determine whether she's married or not.

When you approach, make sure you're not up in her face or not in her personal bubble, because nobody likes it when somebody gets into their personal space, especially a stranger.

Just say, "Excuse me". People are conditioned to respond to "excuse me", so you can get a good reaction from them every time.

They're going to think you're looking for directions or something like that. That's going to give you enough time at least to get their attention and to start a conversation.

Tell her exactly why you're there. Don't beat around the bush and pretend you're doing something else, like you're asking for directions.

Usually, style and fashion are the best way to go, but just make sure she actually does have a great sense of style or fashion if you say that.

Whatever kind of compliment you give her, make sure it is authentic. Just don't be overbearing.

Don't be worshipping her, like: "Oh, she's so gorgeous." Just keep it kind of low-key.

Just have a conversation now. Find out what she does, why she does it, and other important things.

Let curiosity drive your conversation, and that's the best way to get to know people.

Just keep it to a low-commitment thing like coffee. You can change it to drinks later.

But whatever you're asking her for, just make sure it won’t be something she has to think about.

Thinking is going to be the enemy in this case here. If she has to overthink it, chances are she’ll lose interest very fast.

For more details on how to approach a woman, check out my How to Approach Women Ultimate Guide.