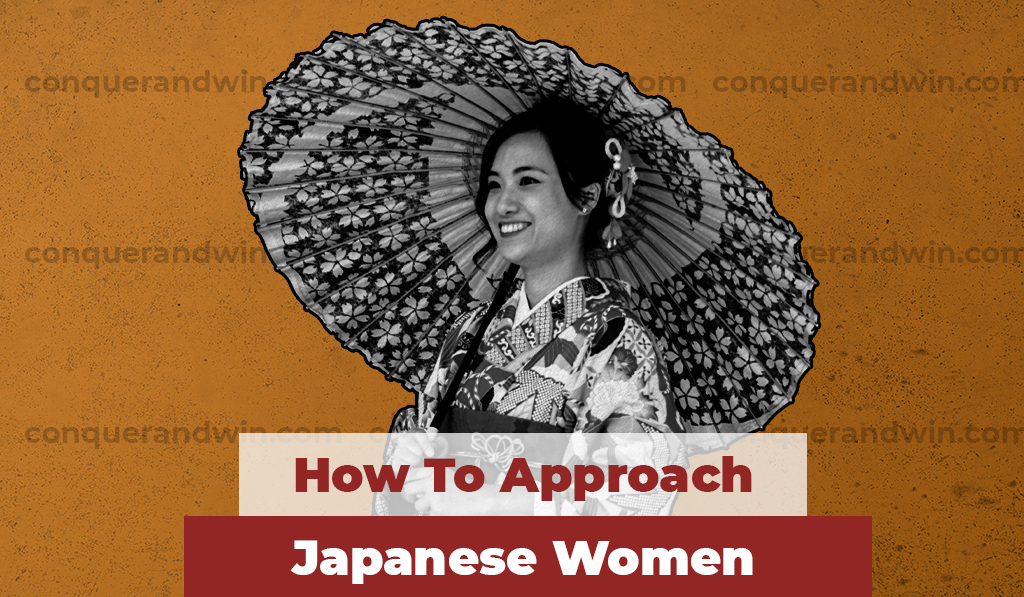 How to Approach Japanese Women (5 Tips That Never Fail)

So, you're already planning on naming your future child Ryu, and your entire house has tatami flooring, but you have no idea how to approach Japanese women.

If that's the case, keep reading. You’re about to learn:

What to Know About Japanese Women

I've dated many Japanese women, mostly in my home city of Vancouver, Canada.

But I've also met a lot of Japanese women while living abroad in Japan.

And Japanese women can be great in all sorts of different kinds of relationships, long term or short term, but it's really like a woman from any culture, though.

So let's not idolize them. But let’s start with attraction.

You're obviously attracted to Japanese women, and that's why you're reading this article.

And if you're into Japanese culture, this will be a great way to go.

How to Approach Japanese Women in Japan

Now here are some different options for approaching Japanese women while you're in Japan:

That's where you walk up and you give her a compliment. You explain exactly why you're talking to her.

You noticed her, and you thought she was really cute or she looked really nice.

You can choose your own compliment, but it's all about getting direct to the point–the fact you're attracted to her and wanted to meet her.

The bars are great spots to meet Japanese women if you're a foreigner.

I used to have a buddy who used to run a bar there, and I used to go and meet Japanese women there. It was a really good time.

Look online and see what social events are being put on.

Find something similar to Meetup.com and find some social events in the Japanese city you're staying in, and go mingle with the people there. Make some friends and get some dates.

When I was in Japan for the first time, I did very well in online dating.

I didn't really know anything about online dating at the time, but I managed to meet quite a few women, and that was also a great time.

How to Meet Japanese women in English-Speaking Countries

This is the same as what we’ve already covered, but keep these pointers in mind when you're approaching Japanese women in your hometown:

Find out first. Don't start speaking to them in Japanese or doing something awkward like that.

They may have been born and raised where you're from, too. They may be English speakers.

And it always comes across as really awkward when you assume they're from another country.

So, find out first. If she's really cute, approach her and start talking to her. If you don't hear an accent, then don't assume she's from Japan.

Unless you're really good at Japanese, it's usually not very impressive when you say a few words.

They're probably there to learn English anyway, so speak English–you'll do a lot better that way.

There's nothing overly difficult about approaching her, except maybe if her English isn't very good. That's the only real difference there's going to be.

And if that's the case, and if you have good Japanese skills, you can probably use them. If not, use lots of sign language and speak slowly in a very simplified version of English.

Slow down, simplify your English, and you shouldn't have any problem communicating what you need.

To learn more, read my How to Approach Women Ultimate Guide.

How to Approach a Woman in a Coffee Shop »