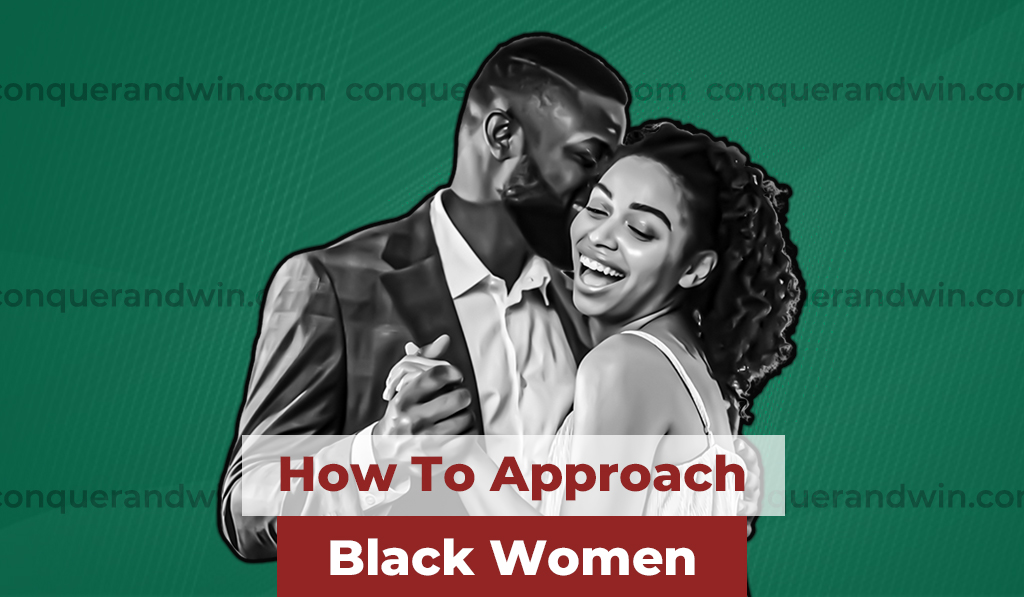 How To Approach Black Women (3 Ways To Get More Dates)

A lot of men get nervous when they want to approach black women. They think they must put on a show or act a certain way, but that's not the case.

Just be yourself; you'll be fine if you follow the tips in this article. You're about to learn:

What You Need to Know About Dating Black Women

If you're interested in dating a black woman, there are some things you need to know that you might not be aware of. Black women are unique, and specific qualities and traits set them apart from other women.

Here's what to know about dating black women so you can approach them with confidence and get the most out of your interactions:

They're Different, But That's a Good Thing

One of the first things you need to understand about dating black women is that they're different from other women. They're more assertive, independent, and vocal about what they want and don't want.

That doesn't mean they're difficult to get along with or that they're not interested in dating men who aren't black. It just means you need to be aware of their unique qualities to appreciate them for who they are.

They Know What They Want

Another thing to know about dating black women is that they know what they want. They're not afraid to speak their minds and tell you exactly what they want in a relationship.

This can be a good or bad thing, depending on how you view it. On the one hand, it's great because you'll always know where you stand with them.

On the other hand, it can be intimidating if you're not used to strong, independent women who know what they want. Either way, it's essential to know this before you date a black woman so that you can be prepared for how outspoken she can be.

They Don't Settle for Less Than They Deserve

Finally, something else to know about dating black women is that they don't settle for less than they deserve. They expect the best from their relationships and partners and are not interested if you're not ready to give them your best.

This doesn't mean they're impossible to please or don't have a sense of humor. It just means they expect honesty, respect, and effort from their partners. If you give them those things, you'll have no problem winning their affection.

Dating black women can be a great experience if you go into it with an open mind and an appreciation for their unique qualities. They know what they want and expect nothing less than the best from their partners.

How to Approach Black Women the Right Way

Now that you know what to expect when dating a black woman, here's how to make the first move correctly.

Make Sure You Have the Right Intentions

The last thing a black woman wants is to be approached by a man who's just trying to get laid. While some women may be open to such encounters, they'll inevitably want to at least know you a bit first.

If you're genuine in your interest and respectful, she'll be more likely to give you the time of day. Meanwhile, if you're looking to take advantage of her, then it's best not to try.

Don't Try to Be Someone You're Not

A black woman can see through that BS from a mile away. She can tell if you're being inauthentic, so don't ruin your chances by trying to play games with her.

Instead, be confident in who you are. She can still take you or leave you, but when you have zero insecurity, she'll be much more interested in knowing you better.

They love being appreciated for their looks, but it's also nice to notice their intelligence or sense of humor, as it shows you're interested in more than just their physical appearance.

Yes, they're sexual beings, but they're so much more. They're human beings with thoughts, feelings, and dreams like you. So treat them with the respect they deserve.

Have Something Interesting to Say

Black women love a man who can hold his own in a conversation. Whether it's about current events, pop culture, family, or sports, make sure you can add something meaningful to the discussion.

Approaching black women doesn't have to be complicated or intimidating. Just remember the following tips:

So remember: be yourself, be respectful, and have something interesting to say, and you'll do just fine. Good luck!

Meanwhile, do you want to gain the supreme confidence to approach any woman, regardless of race or nationality? Then read my How to Approach Women Mega-guide here.