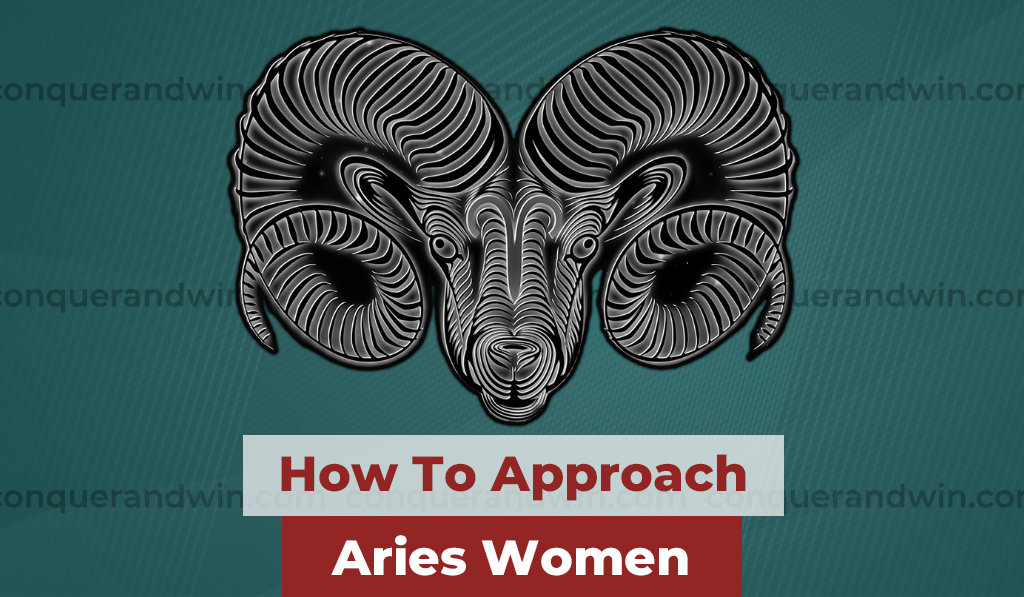 How To Approach Aries Women - Discover It Here

Do you want to learn how to approach an Aries women?

So you've got your eye on that fiery Aries woman, huh? You're not the only one. Aries women are some of the most passionate and ambitious people you'll ever meet.

They're also some of the most stubborn and impulsive. So how do you approach an Aries woman without getting your head bit off? This will be the last article you'll need to read.

What Aries Women Expect From the Men They Date

First, understand that an Aries woman is used to getting her own way. She's used to being the boss, so don't tell her what to do.

Instead, let her know that you're equal partners. This doesn't mean you must be pushy or aggressive; just be confident and assertive.

Instead, accept her for who she is and let her know you appreciate her for it.

Finally, don't take yourself too seriously. An Aries woman likes a man who can make her laugh. So relax, be yourself, and let your sense of humor shine through.

How to Attract an Aries Woman

Now that you know what Aries women want in a man, you need to know how to approach them. Here's an effective process that will most likely get you the outcomes you want:

The key is to initiate contact by approaching her, getting her attention, saying "Hi," and giving her a genuine compliment. Only the most confident men can do this, and it's the first step to winning the heart of an Aries girl.

That being said, don't be surprised if she initiates contact first. An Aries woman is not shy about making the first move; when she does, that's a clear sign she likes you, too.

Be as Direct as She Is

Don't make the mistake of using lame pickup lines on her -- she'll see right through you and hate you for it. Instead, be bold enough to be direct with her because she'll be blunt with you, too.

Whether or not she likes you, she won't beat around the bush or play games. Instead, she'll just come right out and say what she wants.

If you want her to like you, too, give it straight to her. She wouldn't want it any other way.

Don't Be Afraid to Touch Her

Feel like shaking her hand, giving her a high-five, or making fist-bumps with her? Go right ahead. Don't worry — of all the women you could meet, Aries women won't look at harmless touches like these as "harassment."

An Aries woman is not afraid of physical contact and likes to feel close to someone she's interested in. So if she's touchy-feely with you, that's another clear sign she's very comfortable in your company.

Feel free to have some chitchat with her, but don't let the conversation drag on for too long. You'll want to turn the interaction into a date as quickly as possible because, believe it or not, so does she.

An Aries woman will want to move quickly. She's not one for long, drawn-out courtships; she likes to get to business quickly.

So don't dillydally. Chat with her, make a connection, then ask her out or get her number.

How Do You Talk to an Aries Woman?

When talking to an Aries woman, being confident and assertive is essential. Be yourself and let your sense of humor shine through. An Aries woman likes a man who can make her laugh.

What Do Aries Women Find Attractive?

An Aries woman is attracted to a man who can handle himself, especially when it comes to dating. She also likes a man with a good sense of humor, as few men can make her laugh.

How Do You Tell if an Aries Woman Likes You?

There are a few ways you can tell if an Aries woman secretly likes you. This includes when she initiates contact, when she's touchy-feely with you, and when she's honest and upfront with you.

What Should You Not Say to an Aries Woman?

First, don't use cheesy pickup lines on her. You also don't want to beat around the bush; she'll see this as a sign of weakness and indecisiveness.

So, to wrap up, keep these in mind when you're about to approach your Aries girl:

So there you have it — how to attract an Aries woman without getting your head bitten off. Just remember:

Good luck! To learn more about approaching women, read my How to Approach Women Ultimate Guide.

How To Approach a Woman on Social Media »