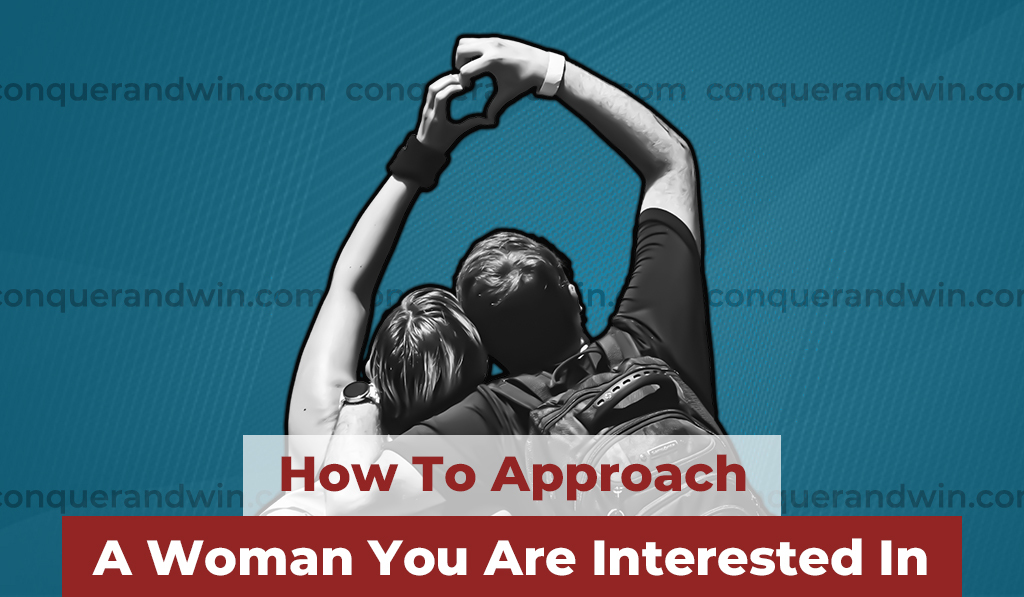 Do you have a crush and you want to ask her out?

I'm going to explain exactly how you can approach a woman you're interested in.

And a lot more. Keep reading to start learning:

Friend-zone is not where you want to be. Guys usually end up there because of fear.

They're scared of asking around, scared of rejection, of "losing their friendship".

This causes them to end up hanging around, sometimes for years, hoping that maybe she'll make a move or that maybe someday they'll get the "right opportunity" to ask her out. That's just never going to come.

And even worse, when guys try to reveal their feelings to the girl instead of just asking her out, that's a sure way to push somebody away.

It's really not the assertive way that women like to be approached. It's not very attractive.

You're not going to make her panties wet by telling her how much you like her, is what it comes down to.

To break this pattern, you need to stop being her friend.

Stop thinking about her as a friend, because you are interested in her romantically. You have to be willing to put it all on the line and walk away if it doesn't go well.

Be willing not to be their friend anymore and ask her out. You need to ask her out one on one.

Make sure she understands it's a date and she doesn't bring anybody with her.

You need to make sure he understands this is a one on one meeting, and you really don't have to be stuck in this so-called friend zone.

I was friends with a woman for years and years because at the time, it just didn't seem right to make a move.

I didn't really know what I was doing either. That's kind of how we ended up as friends in the first place.

But years later, when I decided I was interested in her and I made a move and started getting physical, things happened, things changed.

Just because you've been friends with someone, even if it's been for years, it doesn't have to stay that way. You have to break the pattern and stop acting like your friends.

How To Approach A Woman You're Interested While In Public

Maybe you're interested in someone you actually don't know, somebody you see in public.

This woman may be somebody you're interested in at a coffee shop, at a restaurant, somewhere you go regularly, or it could be basically any other place.

This can actually be an advantage for you. I've gotten a lot of dates from coffee shops when I've gone to work in coffee shops on my laptop.

What I typically would do in these situations when I was a regular at these places is get to know everyone.

Not just the girl I'm interested in, but get to know everyone else, male or female, it doesn't matter. Just be friendly, be the social guy.

To make it easier in itself, let's say in the cafe scenario, you can apply to your situation as best you can.

But in the cafe scenario, what I've done typically is when it was quiet there or there weren't a bunch of clients, I'd ask them to step aside for a moment and say, "Hey, can I ask you something over here really quickly?"

And I'll get them to go over to the side, away from their coworkers and be like, "Hey, let's go out sometime, let's have a coffee". This approach has worked really well for me.

Basically, once you know them already, when everyone is comfortable with you and everyone likes you, it's pretty easy then to ask somebody out there.

That might sound really simple, because it is. It is really simple. You have to get to the point. Ask her out for a coffee, or ask her for a drink too.

It doesn't really matter, but keep it simple, get to the point, show some courage, and make direct eye contact.

If she says no, it's not a big deal. You can keep being a regular there too. Just act like business as usual.

I've had similar situations in restaurants with waitresses. There was one bar I was going to regularly and I got to know the waitress there because I usually end up there at the same time on weekends.

All I did was ask her out while she was getting my check.

It's a good situation because you're one on one at the table unless you're there with friends, in which case you can go and do the same thing that I did with the coffee shop barista.

If you're interested in a woman, and you want to ask her out, you should. Don't overthink it.

Just get it over with so that you can at least get a yes or a no and then you can move on from there. You might get a date out of that, or you might get a relationship.

Anything could happen, but you have to have the courage and the balls to go and make that move.

Don't worry too much about the technical details about how to say it. If you go with a smile on your face and you speak with a strong voice, confidently, that will go a long way to making a good impression.

What if this doesn't cover your situation and you haven't talked to her before?

You haven't gotten to know her at the restaurant or coffee shop, something like that, just maybe it's some place you pass by.

Well, if you want to learn how to do a direct approach, check out this post.

Here are the steps you can follow to approach your crush or a friend:

And these are the steps to approach a woman you're interested in while in public: