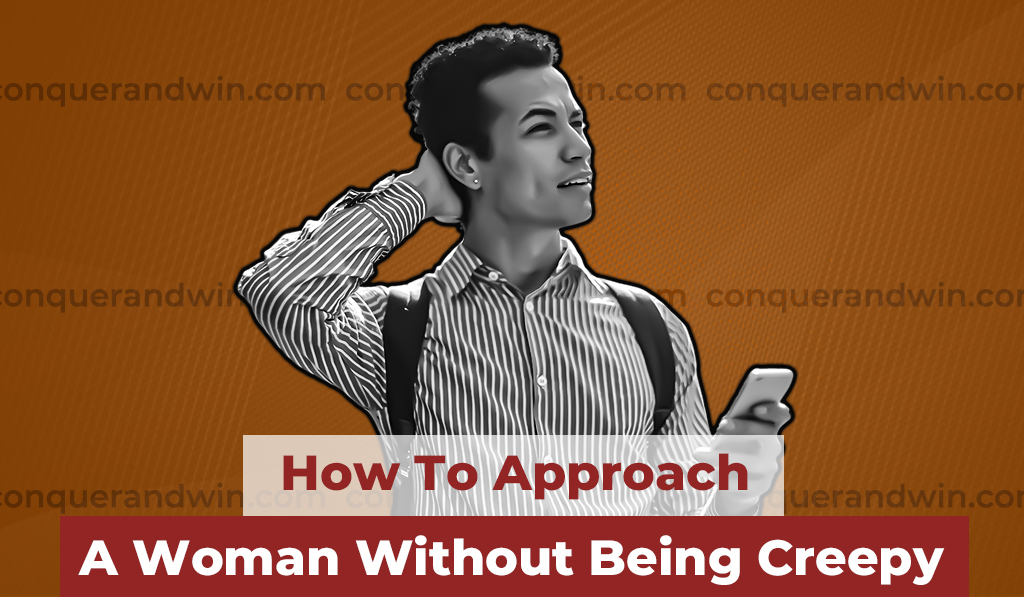 How To Approach A Woman Without Being Creepy

How do you approach a woman without being creepy?

And so much more. Let's get into it:

Let's start with the biggest mindset mistake that guys make because this kind directs the whole show on being creepy or not.

Focusing all of your attention here will almost always result in creepy behavior.

So, what is it? It's the focus on not being creepy which is the problem.

Of course none of us want to be creepy.

But if your mind is focused on being creepy, you're going to be altering your behavior in weird ways which can come across as creepy.

You'll either not approach at all or you'll approach and you'll end up being creepy.

This is because you're going to be so self-conscious that you're trying to micromanage all of your movements and your eye contact and everything else and basically acting weird.

That's going to come across as creepy.

It's going to make her feel uncomfortable because it's going to seem like you have an ulterior motive when you're really just trying to micromanage yourself.

Guys who are overly self-conscious often end up acting weird. That's going to set off red flags for whomever you're talking to.

It's just like target fixation when you're riding a motorcycle.

But if your head is turned to the right while you're going left, you will actually start veering off to the right. A lot of motorcycles get killed doing this.

Focusing on being creepy is kind of the same thing, although it works in a little bit of a different way.

How To Avoid Being Creepy When Approaching A Woman

Focus on what you want, which is the girl. Focus on her, learn about her and be curious.

Stop focusing on yourself and being self-conscious. If you're relaxed, you're much more likely to make her feel relaxed too.

Nobody's going to come across creepy when everyone's relaxed.

There are some exceptions here as well and there's other ways that guys can come across creepy.

If someone is very socially unaware and can't read the cues, that can come across as creepy or pushy as well.

Guys who get too aggressive, or move too fast into her personal space, or even get right up in her face can be very creepy.

When you start a conversation, give some space and pay attention to her body language. If she's turned away and she wants to leave, let her leave and wish her a good day.

For full details on how to do an approach properly, check out this post.

Avoid focusing on not being creepy when approaching women. Instead, do this:

And if you have any questions or comments, leave them below.

How To Approach A Woman At Work (4 Straight Foward Steps) »