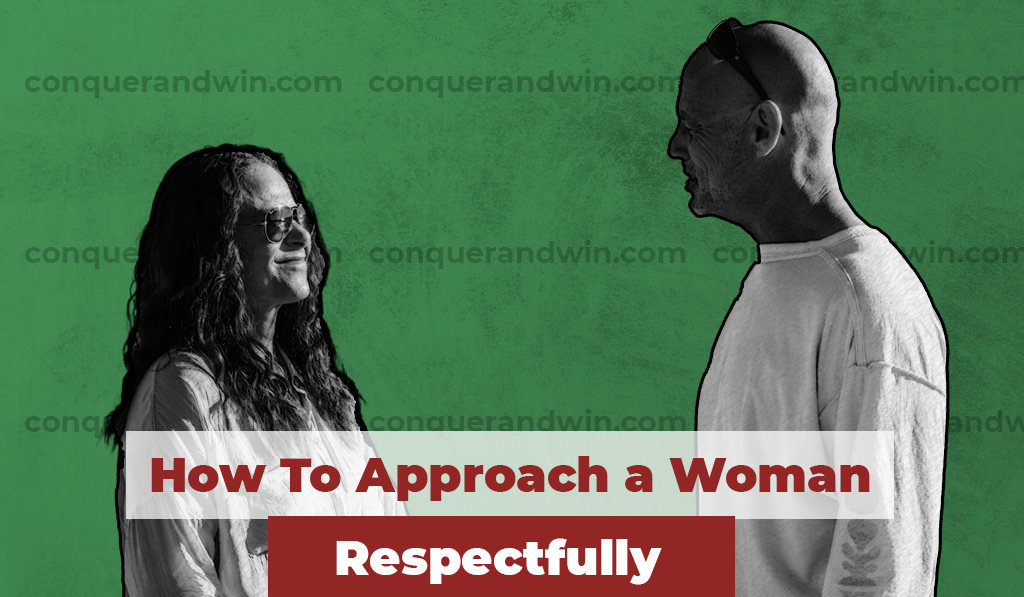 So, you'd like to meet more attractive women in public, but you're a nice guy and wondering how to approach a woman respectfully.

And if this sounds like you, it's likely that you've seen the "friend zone" many times.

I've heard this question many times from my "nice guy" clients.

There's a bad pattern here that leads to more girls saying, "I like you just as a friend," and a lot fewer girls jumping into bed with you.

In this article, I'll explain:

Why It's a Huge Mistake to Focus on Approaching Women Respectfully

The biggest problem with focusing on being respectful is that it's part of a pattern for nice guys – one that turns women off.

Typically, guys focus too much on being respectful and don't know how to be assertive with women.

They focus on being respectful or nice, hoping women will magically fall in love with them.

But being nice or respectful will not wet anyone's panties.

Women are attracted to bold men who go after what they want unapologetically.

If you can speak your mind and be direct, you're much more likely to get what you want and attract the kind of women you want, too.

But if you're passive, she will discount you as a potential mate. Instead, she’ll go for the next guy who actually was assertive and went after what he wanted instead of beating around the bush.

And that brings us to the next topic:

How to Be Respectful and Assertive at the Same Time

This is not an either-or situation where you must either be respectful or assertive.

Not being respectful doesn’t mean being a jerk.

Instead, it’s about not focusing too much on being respectful.

You should focus on your attraction for her and go after what you want with no apologies.

And adding extra layers of nice will not make her feel attracted to you.

So when approaching a woman, keep these points in mind, and you'll never have to worry about being respectful again:

Nobody likes it when a stranger enters their bubble and gets right up on their face.

I've seen guys approach by tapping on a woman's shoulder, and nobody likes being touched by a stranger.

#3. Save your handshake until the very end

In the beginning, she won’t care about your name, and she won’t want to touch you (even just a handshake) until she becomes comfortable with you. So, don't force a handshake on people who don't want it.

#4. Focus on your sexual attraction for her

#5. Get her attention with "Excuse me"

People are conditioned to respond to “excuse me,” and it's a polite way to get someone's attention, depending on the situation.

#6. Pay attention to her body language

If she wants to leave, then let her leave and wish her a good day. That's it.

Being respectful is really just about respecting boundaries.

So if you stay out of her space and don't force her to touch you when she's not ready yet, you won't have to worry about being respectful.

Instead, you can focus on being assertive and going after what you want.

Be Respectful and Assertive From Now On

For full details on how to approach a woman, check out my Ultimate Guide here.

How Women Like to Be Approached (The Ultimate 10-Step Guide) »