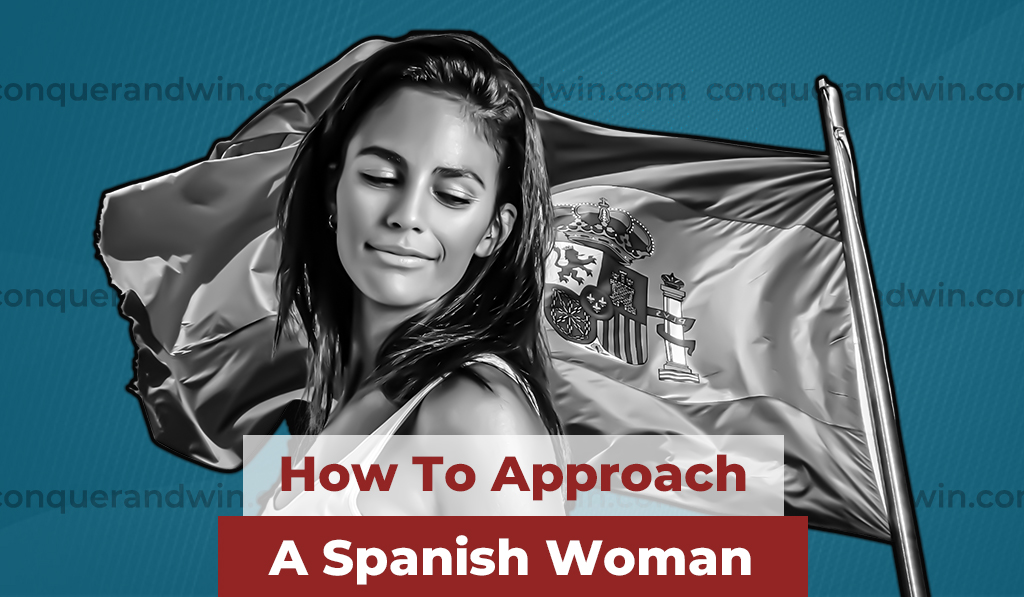 How To Approach a Spanish Woman - 4 Simple Steps

Do you have your eye on a beautiful Spanish woman but don't know how to approach her? If so, you're in luck. In this blog post, we'll give you some tips on how to make a great first impression.

What Every Man Should Know About Spanish Women

Spanish women differ significantly from their counterparts in North America. Here are the most important distinctions to remember:

Spanish women like passion and romance. They're interested in meeting men who take the lead in relationships, and they prize traditional values such as loyalty and commitment.

American and Canadian women, on the other hand, are more independent and can be less forgiving of what they see as inappropriate behavior. So if you're interested in dating a Spanish girl, keeping their love for old-fashioned manliness in mind is essential.

What Spanish Women Want the Most

One of the biggest things Spanish women want is respect. They're interested in meeting men who treat them like equals. That said, they also appreciate it when a man shows them traditional male courtesies, such as opening doors for them or pulling out their chairs.

They also respond well to flattery — they're not as cynical as some of their Western-born counterparts and won't be skeptical if you tell them how beautiful they are.

Spanish women like style, so be sure you're dressed to impress when making your move. That means making sure that you are well-groomed and looking your best. Pay attention to your hair, clothes, and hygiene when you approach her.

How to Approach a Spanish Woman

Now that you know what Spanish women want, it's time to make the approach. She's in front of you — how do you make your move? I suggest you follow these tips:

Approach With a Compliment

Quickly approach her and catch her attention in a non-threatening way. This means:

If she's someone you already know, then you can slightly adjust your compliment and say, "...because I thought you looked really nice today."

Unless she's very busy, she'll gladly return your gesture with a minute or two of her time. That's when you move to the next step:

Have a Quick Conversation

Start by making small talk, such as introducing yourself and asking for her name. You can also ask if she's from around here, especially if you've never seen her around before.

If you've met before, you can ask what she's up to or what's keeping her busy lately. What you talk about doesn't matter — the small talk is meant to help you gradually move into more personal topics of conversation.

And speaking of which...

Remember to be a good listener. Women love men who are interested in what they say and make them feel like they are being heard, and Spanish women are no different.

Being a good listener is one of the most important things you can do when trying to make a connection with a Spanish woman. Not only will it make her feel appreciated, but it will also give you ideas on questions that will make her reveal more about herself.

Some good questions to ask include:

Make sure you really listen to her when she is talking to you. The deeper the conversation goes and the more she reveals herself to you, the more she'll like you.

Strike While the Iron is Hot

When approaching a Spanish woman, it's essential to keep the conversation short and sweet. You want to ensure you get her number or ask her out while she's still in a good mood.

If you talk to her for too long, she may lose interest, and you may lose your chance to ask her out. So be concise and to the point when talking to her.

And finally, don't be afraid to go for the pull. If you see she's interested in you, ask her out on a date. If she's busy or needs to be elsewhere at the moment, ask for her number so you can schedule a meet-up later.

Sometimes, you'll get signs she's interested in you, too. Here are some signs to look out for:

She Keeps the Conversation Going All By Herself

If a Spanish girl is interested in you, she may try to keep the conversation going all by herself. She may ask you questions and try to get to know you better.

It's almost as though she's cooperating with your approach — and that's always a good sign.

She Acts Flirty and Playful

Another sign that a Spanish woman is interested in you is if she starts acting flirty and playful around you. She may make jokes or tease you in a coy way.

If a Spanish girl is interested in you, she will usually make eye contact. She may also try to get closer to you or smile at you often.

So pay attention to the signs — the more she likes you, the more likely she'll respond with an eager "yes" when you ask her out.

By following these simple tips, you will be on your way to impressing any Spanish woman. Just remember that Spanish women like:

And when you approach a Spanish lady, follow these tips:

Want to be supremely confident when approaching women, no matter what country they’re from? Then read my ultimate guide on how to approach women here.

How To Approach Aries Women - Discover It Here »