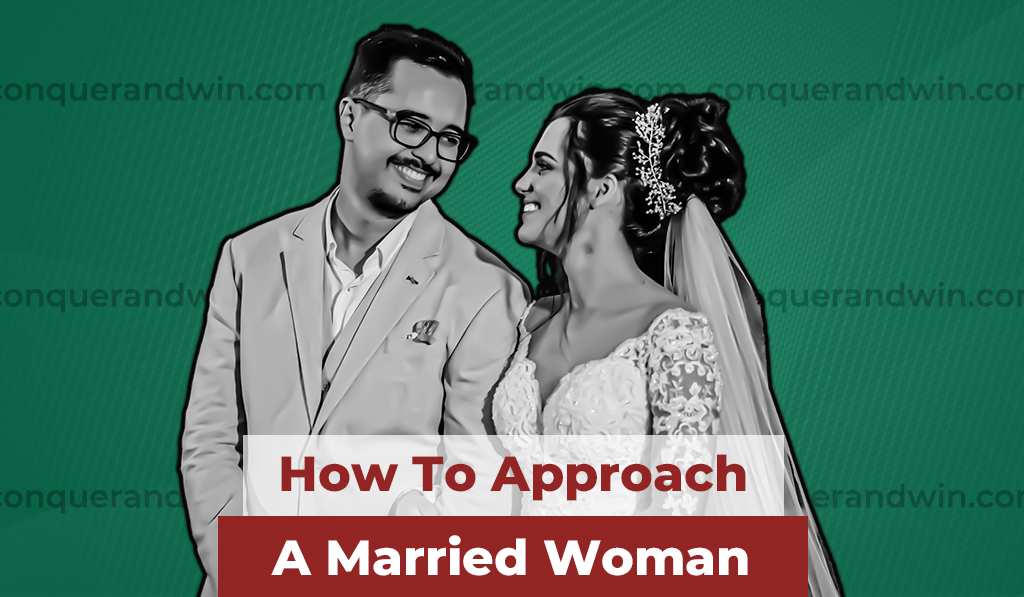 How To Approach a Married Woman - The Best Tips

It's tough when you're attracted to a married woman. After all, there's always the potential for getting rejected or, worse, getting caught by her husband.

However, there are specific ways to increase your chances of success. By following the tips below, you'll be able to approach any married woman without getting into trouble.

How to Approach a Married Woman for Friendship

This situation is the easiest to manage — anyone can be friends with a married woman if you follow specific rules.

When approaching a married woman for friendship, the first step is to be genuine. Don't be someone you're not, and don't make any fake promises. Just be yourself and let her get to know the real you.

Second, try to find common ground with her. This can be something as simple as shared interests or hobbies. Once you've found something in common, focus on that instead of her marital status.

Finally, be respectful of her husband and their relationship. Say nothing that might hurt or make them uncomfortable. By respecting their relationship, you'll show the married woman you're a decent person worth befriending.

How to Approach a Married Woman for Sex

The most important thing is to always respect her wishes. If she says no, then respect her decision and move on. There are many other women out there who would love to be friends with benefits with you.

Don't make any moves that could threaten her marriage. Remember, the last thing you want to do is to come between a beautiful woman and her husband!

If you're going to be friends with benefits with a married woman, keep it strictly physical. Don't get her emotionally involved with you, as this could lead to problems later.

Don't Be a Fool; Wrap Your Tool

Finally, always use protection when having sex with a married woman. You don't want to risk getting her pregnant or contracting an STI from her. Protect yourself, and both of you will be safe.

How to Approach a Married Woman for an Affair

What if you know she's unhappy in her marriage (or is in the middle of a divorce), and you sense she's asking you to save her? You can be her hero, but it's best to cover all the bases by following these tips:

Even if she's unhappy with her husband, respecting her decision to stay married is still essential. Don't badmouth her husband in front of her, and don't convince her to leave him.

Simply let her know you're interested in being more than just friends and leave it at that. If she's likewise interested, she'll accept your invitation.

Be Honest With Her

Make sure you're really interested in her and not just want to seduce her. It is important to remember that a married woman is still someone's wife.

If you're only interested in having sex with her, it is best to move on and find someone else who is also interested in something more serious.

Depending on where you are in America, your affair with her might jeopardize her chances of getting a positive outcome in her divorce proceedings. Check this article to see how each of the 50 States looks at adultery and extramarital affair cases.

To wrap up, let's answer a few random yet commonly asked questions about approaching married women:

How Do You Tell if a Married Woman is Interested in You?

The easiest way to tell if a married woman is interested in you is to check her body language. If she starts dressing nicer or flirting with you, then she's probably interested in more than just friendship.

How Do You Greet a Married Woman?

Remember, she is still someone's wife, so be mindful of your words and actions. Try not to flirt too much or make her feel uncomfortable.

What Do You Talk About With a Married Woman?

Topics you can discuss with a married woman include her interests, hobbies, and family. You can also ask her how she feels about her marriage, but be careful not to push her into making rash decisions.

Ready to Approach Her?

It's tricky when you're attracted to a married woman. By following the tips above, you'll increase your chances of success.

When approaching a make a married woman be friends with you:

When trying to seduce a married woman:

When dating a married woman:

Keep these tips in mind; you might just be the next best thing to happen to married women. Good luck!

To learn the right way to approach women–whether single or taken–read my How to Approach Women Ultimate Guide.

How To Approach a Spanish Woman - 4 Simple Steps »