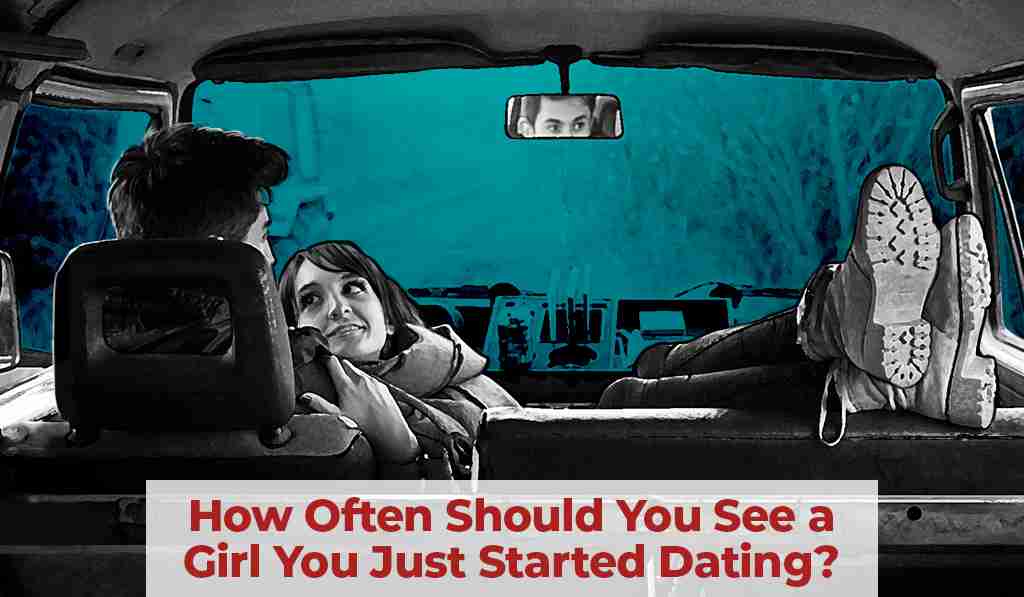 How Often Should You See a Girl You Just Started Dating?

So how often should you see someone you just started dating? And the answer is, it depends what's your purpose in this relationship that you're starting on these dates.

Is it a casual relationship, or is it something you want to see where it goes and potentially have a more serious relationship later on?

Well, the big mistake I see guys make when they don't want a serious relationship is that they treat their date like a girlfriend.

Now, the end result of treating your date like a girlfriend is very often they'll get those girlfriend feelings and you end up being in a relationship that you didn't want.

And I've seen this with lots of guys. They're like, I don't know what's happening. I'm dating these girls. I don't want a serious relationship, but they keep getting feeling for me.

And when I find out what they're doing, they're always treating these girls like they're their girlfriend already, basically seeing them two or three or more times per week.

Having sleepovers, going out for dinner, going hiking, doing all those couple things that you do with somebody you really like and you want to spend a lot of time with.

Events? Don't introduce her to your friends or your family. Even worse, because all of these events, all of these behaviors, give her their impression that she's your girlfriend.

And it's very easy to develop feelings when you're doing this kind of thing. My own personal rules are, I won't see a girl more than once per week, no sleepovers and only indoor sports.

Basically, I'm either gonna go to her place or she's gonna go to mine. But we're not going out anywhere.

And that has always worked for me. When I didn't want to have a serious relationship, and you can change your mind later, maybe you start liking her.

You decide, yeah, this girl actually is relationship quality, and you're gonna start going out with her and treating like a girlfriend more. But don't do it if you're looking at her as a non serious relationship type.

On the other hand, if you do want a serious relationship, do all the things I just mentioned. Go out with her more two or three or more times per week.

However, many times you guys want to see each other, go out for dinner, go hiking, go do activities and introduce her to your friends.

All of that Stuff's gonna give her the impression that you're in a relationship an that's what's gonna develop out of it, and you're gonna get the same kind of feelings as well as she does.

It's all about how you're treating other people.

E, because that's going to be reflected back on you is basically mirroring. And if you're ever dating someone in a non-serious way and she ever brings up the topic about what are we, then you're doing a good job because you're obviously showing her that, hey, this isn't a relationship.

You're only hanging out indoors, not seeing each other a lot. And at that point, you can tell her like, hey, I like you a lot. But this is not something I expect to be a serious, long term relationship or a monogamous relationship.

But luckily, that usually won't happen. Usually won't mention it. They get the idea very quickly when you're treating them as a non-girlfriend.

And eventually when they find somebody who's, I guess their boyfriend material and treat them like a boyfriend or treats them like a girlfriend. I mean, then they'll disappear and let me know you'll be on to the next thing.

So just keep it simple.

If you want a serious relationship, if you really like somebody, treat her like your girlfriend, start going out, doing things, enjoying your time outside of your place and inside your place, too.

And if you don't want a serious relationship, don't do all those couple things. Keep it to your place only no more than once a week and no sleep over.

Have you done something else that has worked for you?

Leave a comment below. And until next time conquer and win.

10 Signs She Is Wasting Your Time »