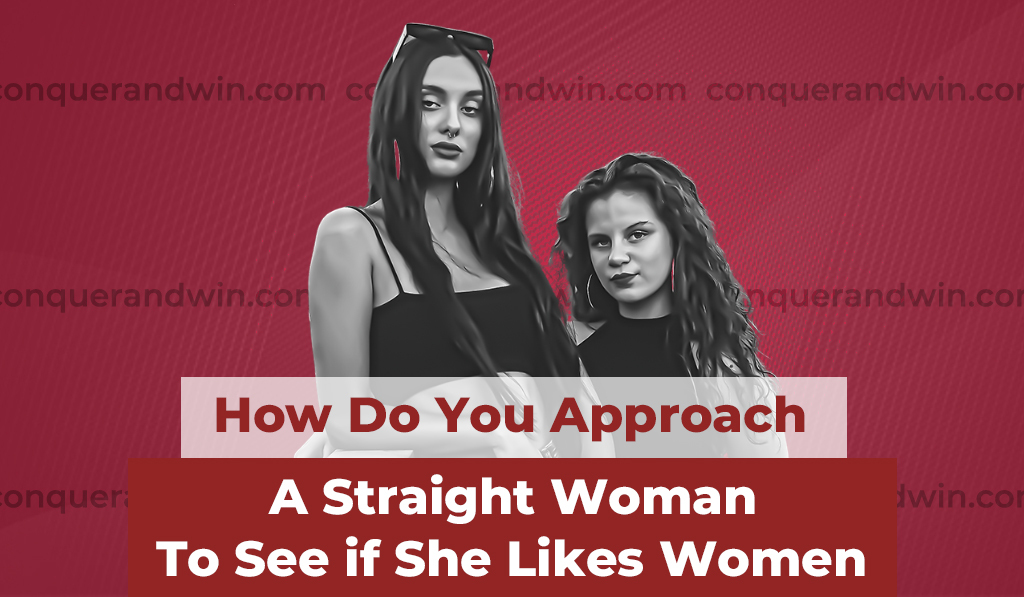 How do you approach a straight woman to see if they like women?

This is something I've actually done many times with different women I've dated.

The only pre-requisite is that you must be dating multiple women.

Of course, you can make it work if you're only dating one woman because you can go on a search and find somebody to join you guys.

But this works much better if you're dating multiple women because now you have different options you can put together.

However, for whatever kind of relationship you have, the communication must be open.

You have to be able to ask questions and she has to be open to share with you in order to make it work. And here's how you can ask:

Or alternatively, you can say, "Have you ever thought about being with another woman?"

Obviously this is very direct. You have to be comfortable enough with the girl you're dating or girls you're dating to be able to ask this question.

But if you're already having sexual relations, then you should be comfortable enough to talk about it too.

Also, you have to be open to the idea of her shooting down your ideas.

You're not actually asking her to do the act. And this is where you gauge to see how open she is.

I've been with certain women who've already done it before. They've already had threesomes and they didn't really enjoy it.

They had a bad experience for some reason. Typically those are going to be very difficult to take anywhere.

Sometimes you can make it work as well if there's a promise of the "Holy Land" and you're going to make it better somehow.

If she reacts positively and she's like, "No, I've never done it before, but I've always been curious, what about you?"

You now have an open dialogue and you can go into further details and talk about this.

I was actually texting both of them going back and forth. At the time, I lived in a different city than one of these women.

I had talked about the idea before with the woman I had been dating already for almost a year.

I was texting with the newer woman, and we were talking about trying different things sexually.

And she responded back like, "Well, do you know anyone?" And that kind of caught me off guard, because I wasn't really expecting it.

She said, "Yeah", and I was like, "Well, I found somebody". And then I set it up. It was an awesome experience. Probably my best sexual experience ever.

There are lots of different ways this can go, but ask one of those questions to get her to start talking about it, to see how open she is.

This will work better usually if you're already in a sexual mood or you just had sex or you're having pillow talk and that kind of thing.

Your Guide To Asking A Woman If She Likes Women

In order to be as direct as possible, you can use one of these questions:

This will help you understand how open she is sexually, and then you can start planning how you'll set it up.

How Can I Overcome Approach Anxiety (10 Quick & Easy Steps) »