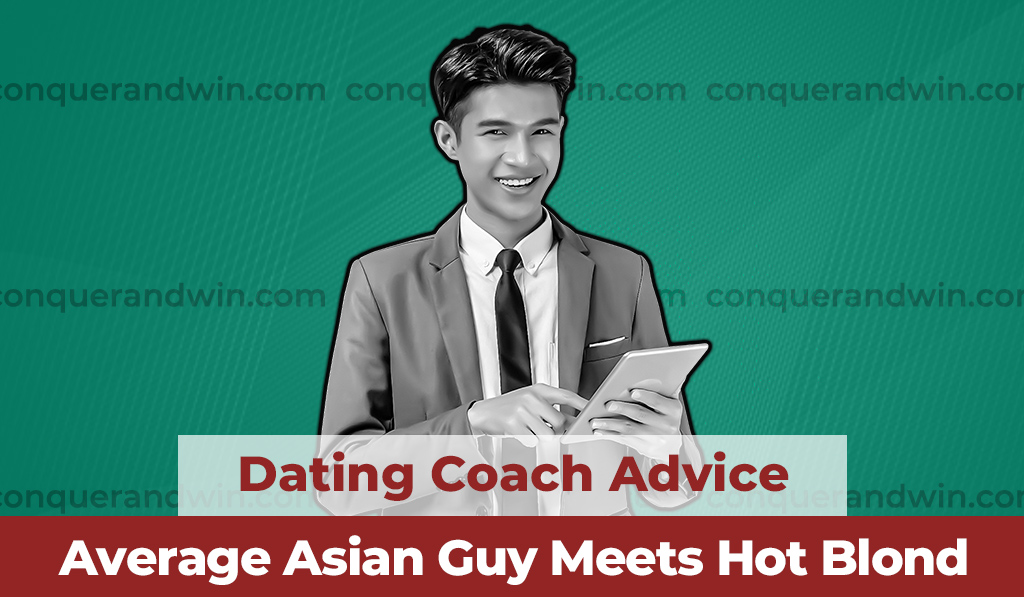 Here’s a breakdown and critique of one coaching student approaching a woman. He did a great job getting her attention and starting the conversation but had some challenges creating a connection. Watch the full video and check out the breakdown below the video.

When you see an attractive woman and want to talk to her what’s the first thing you should do? Start walking towards her. Don’t even think about it.

The longer you wait, the more excuses you’re mind will create. Not only that, but she’s probably on her way somewhere and could duck into a store or run into her friends at any moment.

Before you get a chance to back out just take a breath, start walking towards her, and focus 100% on opening. Not even the words you’re going to use, just on introducing yourself.

This will keep you from getting distracted by things like “what are we going to talk about?”. That’s not important yet so don’t get too far ahead of yourself.

It’s crucial not to overthink the whole thing. It’s just being social after all, and nothing should be more natural than introducing yourself to a woman. Of course, it won’t feel that way at first but building confidence takes time.

The first thing Derek got right was moving in quickly and not hovering around.

1. What Was Good About It

His opening was good.

What he did is what I call a “mini-story”, which is painting a picture by explaining what lead up to you talking to her.

What this does is creates a “hook” or interest point which will grab her attention and compel her to stop and listen. It also builds anticipation or tension because she’s waiting for the climax of the story.

She’ll be thinking, “What happens next?”

This works better than running up and blurting out a compliment. If you do that she won’t have enough time to absorb it and will react by walking away. It initiates a “flight response” similar to what happens when beggars ask for change. That’s exactly the opposite of what you want to do.

People have short attention spans and you need 100% of her attention and interest to make your introduction successful.

Derek painted a decent picture of the scenario.

and you caught my eye.

I had to run back to talk to you, you’re really pretty.” Finishes by telling her why he came to talk to her (the compliment).

Not a “perfect” opener but it doesn’t have to be. She stopped and engaged in a conversation. Mission accomplished. This is why I tell clients not to get in their heads too much because it’s an organic way to meet women and doesn’t have to be perfect. Just grow some balls and show up.

I’ve had some terrible approaches that STILL resulted in dates. A little courage goes a long way in the world of attraction.

Overall his body language was decent. He stood up straight, didn’t have his hands in his pockets and didn’t use any closed body language (arms crossed). These points are important but I’m going to stick to the verbal aspects of this interaction.

2. How It Could Have Been Better

One common mistakes I see “nice guys” make is being overly polite and apologetic.

Derek was apologetic right from the beginning. “Hey…Sorry”. It’s not that being polite is bad, just that being too polite sends the wrong msg.

Instead we hear women complain about the bad boys that they can’t help but go back to, over and over again.

By apologizing to a woman you’ve just met it sends the message that you are insecure and soft. Women want men who are men.

Apologizing right away also shows that you’re putting her on a pedestal. It’s being overly careful not to offend her just as a Queen’s subjects might act. Basically, she’s the boss and you’re one of her underlings. This is the wrong dynamic to create attraction.

What are women attracted to? Authority. Dominance. Power. A boss. When you give away your power as a man you’ve already lost.

The conversation also didn’t create any connection with her. He stuck to banter or “small talk” which not only didn’t get a reaction from her, but it was also very superficial.

If you have a completely superficial conversation it’s unlikely to create a connection. She won’t “feel” any chemistry, and if she doesn’t feel anything then she’s not going to reply to your text messages.

The best way to create a connection verbally is by digging deep into who she is.

Don’t just banter about random topics or what she’s doing. If she tells you what she does then find out why she does that. There’s always a reason, and that reason will expand into a deeper conversation. Not only that, but you won’t have to worry about running out of things to say.

Everyone likes to talk about themselves. Make the topic her, dig deep, and you’ll create “chemistry”.

The compliment was “you’re very pretty” which is not the best compliment that could be used. I like to be as specific as possible. This makes it more personal and shows that you’re not just using some line. If a girl has good style, I’ll comment on that. If she’s really fit I’ll mention it. OR, if nothing really stands out I will use a generic “cute” or “looks nice”. “Very pretty” just rings of something grandma would say.

Asking for coffee, in the form of a statement, is probably the best low key way to ask a girl out. It’s not a big commitment for her and comes across as casual. The mistake Derek made was not specifying that he meant some other time, which lead to her objecting with, “I really have to get going”.

He also asked if she likes coffee which was unnecessary. Just put it out there and don’t worry if she likes it or not. If she likes you, she’ll like coffee.

I used to be extremely shy, suffer from social anxiety, depression and lacked confidence with women. I learned through experience what it took to attract women. Now I teach guys who are predominantly in engineering, I.T. and other professional fields how to meet high quality women.

If you’re interested in meeting attractive women for relationships, would like to build your confidence, and are tired of  being shy or suffer from social anxiety, get a free coaching session here.

You’ll learn how to become a better man and overcome any fear.

Here are the main bullet points for this example approach.

The Personal Development High: Why Self Help Junkies Fail to Create Success »