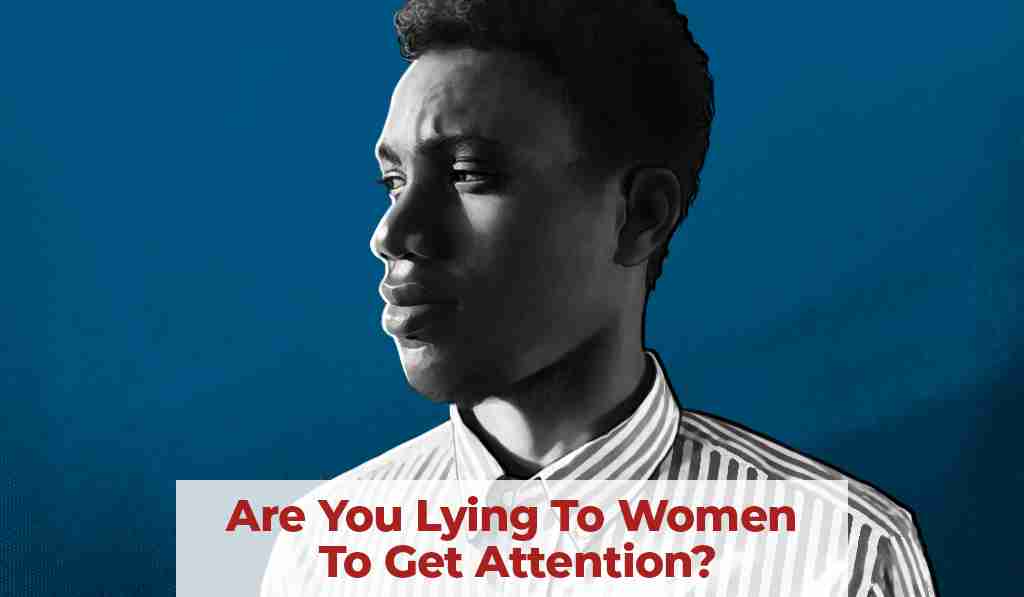 Are You Lying to Women to Get Attention?

So I was contacted by what I would call a sleazy videographer a little while ago. He got in touch with me, told me he likes what I do, and told me, he can improve my business with videos. He dropped some names, people that I know that apparently he knows as well and told me he helped them too.

He had a critique for some of my videos where I actually show approach footage of myself talking to women. And one of the things he didn't like was the fact that I was blurring out these women's faces for privacy reasons, obviously, and secondly, for legal reasons.

He told me I should unblur their faces, gave me some example of some guy he knows who is also a dating coach and who made videos with real approach footage but he didn't blur their faces and he got sued. Apparently, he won his case. I don't know who this is or where this was, but apparently, he won his case for some reason. And according to this videographer, that made it OK.

Well, for one, besides the fact that it's completely unethical, I'm definitely not interested in wasting my time in court.

So he told me about another guy he helped and they filmed some videos together, but it was fake footage. Basically, they staged some approaches with really beautiful women actresses. And instead of telling their audience that these were staged approaches, they tried to play it off as if it was real. And he said, I should do that, too.

Also read:  How to Handle Rejection From Women

I don't think it's good for any business to present a lie and use marketing which misrepresents your business or misrepresents what the client gets. Now for him this is perfectly OK, just part of doing business.

And unfortunately, I don't think he's alone, including the examples he mentioned where these guys were ok showing the women's faces for the real approaches or OK, playing off staged approaches as real approaches.

This reminds me as well of situations I was in with clients that I worked with in the past who felt like they had to lie to the women they approached because they didn't feel like they were good enough, just presenting who they really were.

You're not allowing the experience, of the real you either. And that doesn't mean you can't make improvements in the 'real you'. And I put that in quotation marks because obviously, we're always changing.

Being a human being is a really dynamic thing. We're not static. We're not trees. Your personality is going to change with the influences you have and the different experiences you have in your life. And you may be able to identify things which you think are not really great and they're not in line with who you want to be.

And that's good because now you can work towards the things you want. You can work on being the kind of man you want to be, who has the kind of lifestyle that a man has. But it's a mistake to go out there and lie and just pretend to be something else that you're not.

Now fake it till you make it. I think that's actually OK because you might actually fake being confident man and how do you do that well you go do the things that a confident man does you take actions, but that's not the same thing as pretending you have a fancy car or expensive house or telling people lies about yourself.

Also read: How to Avoid Being Creepy

So leave a comment below. Tell me, what you think it means to be an authentic man and be the real you? And until next time, Conquer and Win.

Getting Dates by Stalking Women on Social Media »