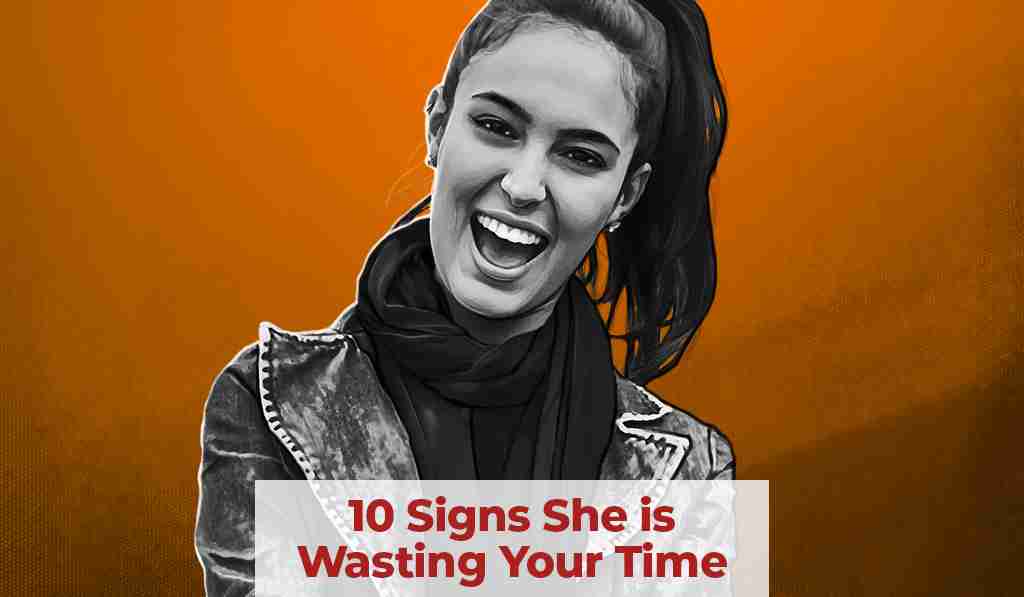 10 Signs a Girl Is Wasting Your Time

How do you tell if a girl is interested in you?

One way is by looking out for the red flags which tell you she is not.

Also read: How to Text Women So They Reply (Guide)

She Doesn't Text back in a Reasonable Time

Everyone's busy and you're not always going to get a text back right away. It's not a bad sign.

But, if she takes days to get back to you then she's not really into you. Even for busy people, it's pretty easy to send a quick text.

So if she's taking an unreasonable amount of time, then that's a really good sign that you should probably stop texting her and move on to somebody else.

She Only Meets You When She Needs Errands Done

She needs her Ikea furniture put together, she wants a ride somewhere, she needs help with some electronic thing...

It could be anything. But if she only wants to hang out when she needs something, you're being used. She doesn't actually like you, she just likes what you can do for her.

Now, on the other hand, if she's calling you up at midnight because she needs "something else" done, that's not too bad. You might want to stick around for that. But don't stick around when nothing is being reciprocated.

She Avoids Being Alone Together

If somebody doesn't want to be alone with you, they're not going to date you either.

She Always Brings Her Friends to Hang Out

This is another way of avoiding being alone. It's even worse when she doesn't even tell you she's bringing her friends.

You're expecting you're to be on a date, you're going to be doing something fun together, get to know her, maybe get intimate, and she brings the whole crew.

She Calls You a "Good Friend"

Do you want to be her friend when you're trying to date her? The answer is no. The reason she's calling you her friend is because she's avoiding any kind of intimacy.

The kind that leads to a relationship. And she's explicitly saying that you're a friend, meaning she doesn't have the kind of romantic feelings for you that you have for her.

She Says You'll Be a "Good Guy For Someone"

She says you'll be a "good guy for someone" someday.

That someone is obviously not her. And that's what she's saying. You'll be really great for someone else, someday.

She Tells You About Other Guys She's Dating

This is almost like a knife in the heart.

And at this point, you're just the "gay friend" she confides in. If she's telling you about the other guy she's dating you're officially her friend. AKA the friend zone.

So you guys make plans and last minute she cancels on you. That indicates you're kind of a plan B. When better plans come up, she'll go for those better plans. And she's demonstrating unreliability, too.

This is something you definitely don't want in a relationship partner.

Maybe she's gonna be reliable for someone else. But the fact of the matter is if she's flaking on you, it does not show a lot of interest.

Also read: How To Text Women(6 Deadly Sins To Avoid)

She Has Emotional Baggage

Having baggage, that doesn't mean she isn't interested in you.

However, do you really want to be with somebody with baggage? They'll be telling you about all the drama in their lives.

And guys get into this mode where they want to be the hero and come in here and save her. Well, you're not going to save her, but you will bring a whole bunch of stress into your own life.

She Won't Sleep With You

The odds are it's going to fizzle up before you get to that stage. Or she's going to find somebody else who is more assertive and made things happen.